Technology The Trick to Getting Rid of Ants for Good (It’s Not a Spray)
Health, Science & Technology 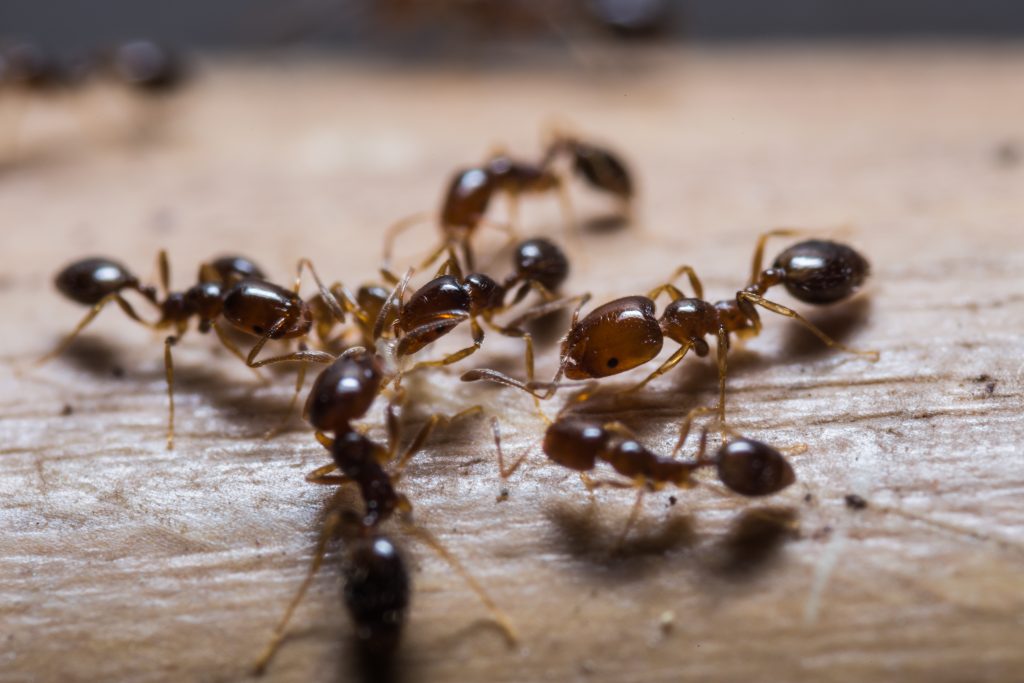 Q: We have ants in the kitchen. I think it started because our cats got a little messy with their food bowls. After putting down a tray under the bowls, the problem has gotten better but is not completely gone. Any suggestions for getting rid of ants for good?

A: Dealing with ants can be incredibly frustrating. The individuals are tiny, but their communities are large, so getting rid of one wave of invaders doesn’t keep more from sneaking in. With many pests, it’s possible to get rid of an infestation by removing all food and water and closing off entries. But with ants, crumbs and smears suffice for food, and the entries can be the smallest of cracks. Sometimes they don’t even need a crack because they’ve already established a nest indoors, perhaps inside a wall or behind a cabinet.

It’s smart to start with fastidious housekeeping. Putting a tray under the cats’ bowls is a good step, and rinsing the bowls as soon as the cats finish eating helps, too. If that isn’t enough, though, you might need to resort to pesticides – but in a smart way.

Forget about using ant spray, which spreads pesticide in your home but hardly ever solves an ant problem. It just kills the ants visible at the moment, something you could also accomplish by wiping them away with a damp cloth and rinsing it out.

All types of ants live in colonies that consist of hundreds or even millions of individual ants, with one or more egg-laying queens. For permanent control, you need to get rid of the whole colony, including the queens and grubs that are growing into the next generation of worker ants.

Slow-acting pesticides that ants don’t recognize as poison can do this. When the pesticide is mixed into sweet or fatty bait they like, foraging ants carry bits back to the nest and share it with their mates. It might take two weeks or longer, but eventually this can do in the whole colony.

You can buy slow-acting pesticide for ants in bait stations enclosed in plastic, a handy, mess-free solution. But gel formulations, which come in squeezable or syringe-type tubes, are even more effective, according to Michael Potter, a University of Kentucky entomologist who is often called in to advise pest-control companies. “Oftentimes the squeezable gel formulations are more versatile in that you can put out lots of small dabs of bait wherever ants are trailing (along cracks, edges, both horizontal and vertical surfaces, etc.),” Potter wrote in an email.

Though the same active ingredients are often found in both types of products, the gels are more likely to have sweet, sugary baits, which are often favored by the types of ants found indoors, he said. Ants are finicky about what food they like, and they sometimes change their preferences. Luckily, there are numerous brands of both gel and plastic baits, and they use different flavors of bait. “If a certain type of ant won’t take your bait, you may need to try another,” Potter said.

Around children or pets, it might be better to use the plastic bait stations, which are labeled as child-resistant. This type includes Terro Liquid Ant Baits ($4.97 for six) and Raid Ant Baits ($5.27 for eight), both at Home Depot.

Of course, you can use a combination: bait stations for where a child can reach and gel for more out-of-the-way areas.

Although the gels are designed so you can squeeze them into cracks, you can also use them in a way that keeps the material off floors and other surfaces. Set out short pieces of masking tape, sticky side down, and put a pea-size dab of pesticide on top. Do this where you’ve seen the ants feeding and by any ant trails you can find. Ants tend to follow edges, so look alongside baseboards, countertops, shelf boards and similar surfaces. To figure out which ant trails are headed back to a nest, put a dabs of honey or jam on a piece of stiff paper next to where the ants congregate. Once they dine, they will head back to the nest.

Because the bait stations and gels are designed to attract ants, you may see more of them than you did before. Be patient – and do not resort to spraying, which will just warn other ants to stay away and search for food somewhere else in your house. You want the ants to love the bait you set out and take it home to share.