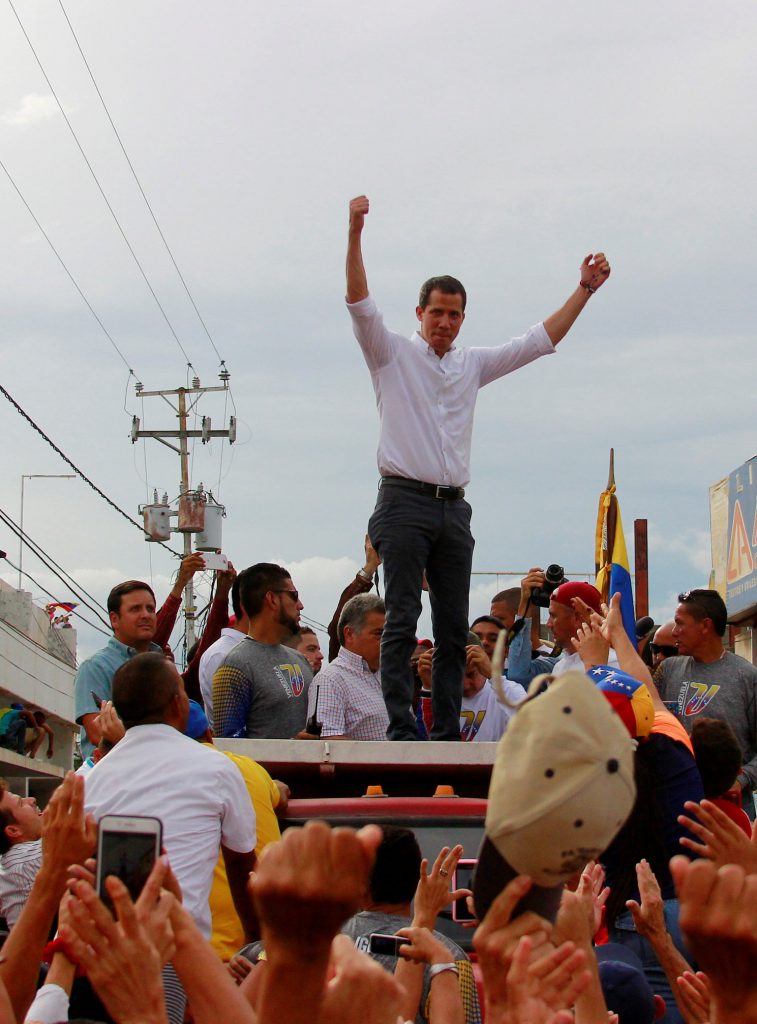 Representatives of the Venezuelan government and opposition have returned to Norway for talks aimed at resolving the political crisis in the South American country, the Norwegian government said Saturday.

Norway said it will mediate discussions next week in Oslo, in an indication that the negotiation track is gaining momentum after months of escalating tension between Venezuelan President Nicolás Maduro and Juan Guaidó, the U.S.-backed opposition leader.

Top Maduro aide Jorge Rodríguez and Héctor Rodríguez, the governor of Miranda state, both of whom were in Oslo earlier this month for a round of exploratory talks, will once again lead the government delegation. They will be joined this time by Foreign Minister Jorge Arreaza, said Maduro, who thanked Norway for promoting “peace and stability” in Venezuela through the mediation effort.

Larry Devoe, the government’s top human-rights official, is also a delegate member, said a Venezuelan official who was not authorized to discuss the talks and spoke on condition of anonymity.

The opposition delegation is being led by Stalin González, a senior member of the opposition-controlled congress, former Caracas-area Mayor Gerardo Blyde and former Transport Minister Fernando Martínez Mottola, according to an opposition statement. They will be joined by Vicente Diaz, a supporter of past negotiations with the government who previously served on the nation’s electoral council.

Both delegations traveled Saturday for the meetings, according to officials.

Representatives of Venezuela’s political factions traveled to the European country earlier this month for talks, but it had been unclear if they would continue to engage with one another amid increased tensions over the opposition’s call for a military uprising on April 30.

The opposition had previously ruled out talks, accusing Maduro of using negotiations between 2016 and 2018 to play for time, and has demanded Maduro’s resignation and early elections. Maduro, in turn, alleges that the opposition tried to seize power by force.

Addressing supporters on a visit to Venezuela’s Lara state, Guaidó said the opposition would not be subjected to “false dialogue” as in the past.

“That is why we are on the streets, aware that we can’t believe anything the dictatorship says,” said the leader of the opposition-led National Assembly.

The U.S. State Department noted the arrests of key opposition figures in Venezuela and said the only thing to negotiate with Maduro is “the conditions of his departure” from office.

“We hope the talks in Oslo will focus on that objective, and if they do, we hope progress will be possible,” spokeswoman Morgan Ortagus said.

The diplomatic effort reflects recognition in Venezuela that neither side has been able to prevail in the struggle for power, leaving the country in a state of political paralysis after years of hyperinflation and shortages of food and medicine. Several million Venezuelans have left the country, creating Latin America’s biggest migration crisis.

The United States and more than 50 other countries support Guaidó’s claim to be Venezuela’s rightful leader. The U.S. has imposed oil sanctions to try to force out Maduro, whose key allies are Cuba, Russia and China.

Norway has a long, successful history of foreign mediation: The country hosted peace talks between Israelis and Palestinians in September 1993 and Maoist rebels and the government in the Philippines in 2011. The government also brokered a 2002 cease-fire between Sri Lankan government and Tamil Tiger rebel negotiators. Seven years ago, mediators from the Colombian government and left-wing FARC rebels held their first direct talks in a decade in Norway.