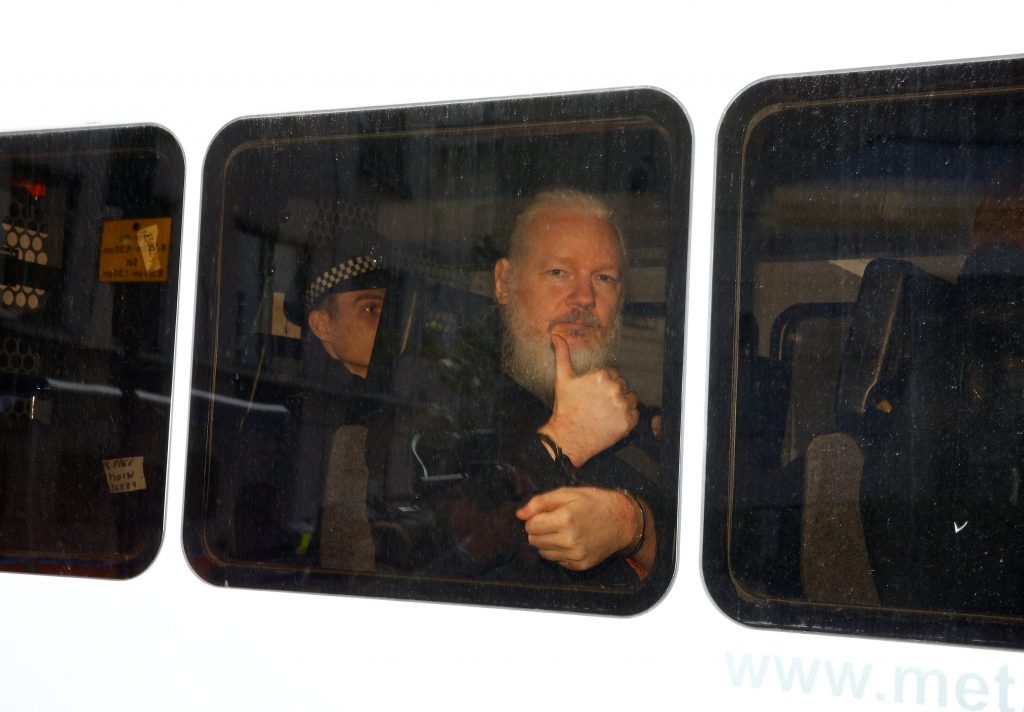 In a case with significant First Amendment implications, the U.S. filed new charges Thursday against WikiLeaks founder Julian Assange, accusing him of violating the Espionage Act by publishing secret documents containing the names of confidential military and diplomatic sources.

The Justice Department’s 18-count superseding indictment alleges that Assange directed former Army intelligence analyst Chelsea Manning in one of the largest compromises of classified information in U.S. history. It says the WikiLeaks founder, currently in custody in London, damaged national security by publishing documents that harmed the U.S. and its allies and aided its adversaries.

The case comes amid a Justice Department crackdown on national security leaks and raised immediate fear among news media advocates that Assange’s actions — including soliciting and publishing classified information — are indistinguishable from what traditional journalists do on a daily basis. Those same concerns led the Obama administration Justice Department to balk at bringing charges for similar conduct.

Assange’s lawyer, Barry Pollack, said Thursday that the “unprecedented charges” against his client imperil “all journalists in their endeavor to inform the public about actions that have been taken by the U.S. government.”

The Reporters Committee for Freedom of the Press called the case a “dire threat” to media freedom, and the American Civil Liberties Union said it was the first time in history a publisher was charged for disclosing truthful information.

But Justice Department officials sought to make clear that they believed Assange’s actions weren’t protected under the law, though they declined to discuss the policy discussions that led to the indictment. The new Espionage Act charges go far beyond an initial indictment against Assange made public last month that accused him simply of conspiring with Manning to crack a Defense Department computer password.

“Julian Assange is no journalist,” said Assistant Attorney General John Demers, the Justice Department’s top national security official. “No responsible actor, journalist or otherwise, would purposely publish the names of individuals he or she knew to be confidential human sources in war zones, exposing them to the gravest of dangers.”

Zachary Terwilliger, the U.S. Attorney in Alexandria, Virginia, where the case was brought, said Assange was charged with illegally soliciting classified information and not simply publishing it. He said that while the indictment alleges that he published hundreds of thousands of documents, it charges him with disclosing only a “narrow set of documents” related to the identities of confidential sources.

Prosecutors sought throughout the document to make a distinction between what Assange did as the founder and “public face” of WikiLeaks and the work of journalists.

Prosecutors say the danger wasn’t just to the U.S. government, but to people who worked with it.

Reports from the wars in Afghanistan and Iraq published by Assange included the names of Afghans and Iraqis who provided information to American and coalition forces, while the diplomatic cables he released exposed journalists, religious leaders, human rights advocates and dissidents in repressive countries.

Assange said in an August 2010 interview that it was “regrettable” that sources disclosed by WikiLeaks could be harmed, the indictment says. Later, after a State Department legal adviser informed him of the risk to “countless innocent individuals” compromised by the leaks, Assange said he would work with mainstream news organizations to redact the names of individuals. WikiLeaks did hide some names but then published 250,000 cables a year later without hiding the identities of people named in the papers.