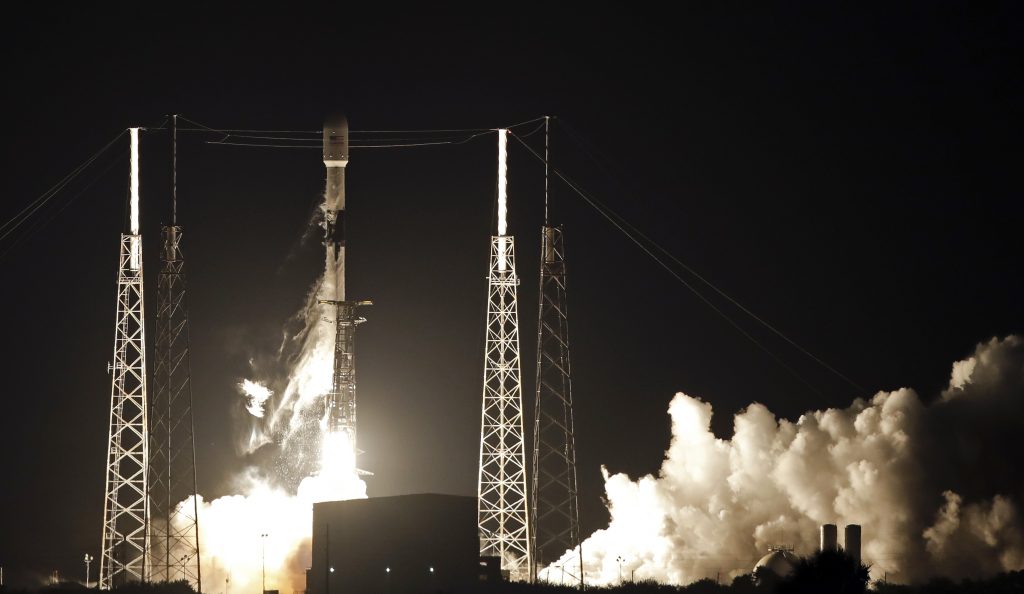 SpaceX has launched 60 little satellites, the first of thousands that founder Elon Musk plans to put in orbit for global internet coverage.

Musk said Friday all 60 flat-panel satellites were deployed and online a few hundred miles (kilometers) above Earth. Each weighs 500 pounds (227 kilograms) and has a single solar panel and a krypton-powered thruster for raising and maintaining altitude. The satellites have the capability of automatically dodging sizable pieces of space junk.

The orbiting constellation — named Starlink — will grow in the next few years, Musk said.

Twelve launches of 60 satellites each will provide reliable and affordable internet coverage throughout the U.S., he said. Twenty-four launches will serve most of the populated world and 30 launches the entire world. That will be 1,800 satellites in total, with more planned after that.

Musk told reporters last week there’s “a fundamental goodness” to giving people in all corners of the globe choices in broadband internet service. He’s especially interested in reaching areas without coverage or where it is expensive or unreliable.

Other companies have similar plans, including Project Kuiper from Jeff Bezos’ Amazon and OneWeb.

According to Musk, California-based SpaceX can use Starlink revenue to develop more advanced rockets and spacecraft to achieve his ultimate goal of establishing a city on Mars.

Musk, who also runs the electric carmaker Tesla and other ventures, said Starlink is one of the hardest engineering projects he’s encountered. The satellites include a lot of new technology, and he warned last week that some of them might not work.

The Starlink satellites are designed to re-enter the atmosphere after four or five years in orbit, burning up harmlessly over the Pacific. Musk stressed there will be no safety issues on the ground from falling chunks of debris.

The launch was delayed twice last week, first by high wind and then for software updates. It was the third flight for this booster.