Arrest Made in Investigation of Subway Brake Incidents 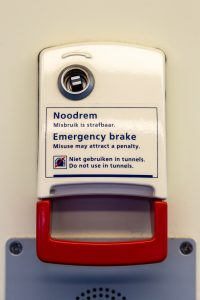 New York City police have made an arrest in their investigation into a series of subway emergency brake activations.

Police said on Friday that the 23-year-old Brooklyn man is charged with one brake-pulling incident.

Investigators have been looking into about 40 similar crimes between February and this month.

They believe someone has been using a key to get into an unoccupied motorman car and then engaging the emergency brake.

On Thursday, police released video of a man they say rode on the outside of a car for several stops before entering the car, pulling its emergency brake and fleeing.

It happened on a northbound 2 train at the 14th Street and Seventh Avenue station during the Tuesday evening rush hour.