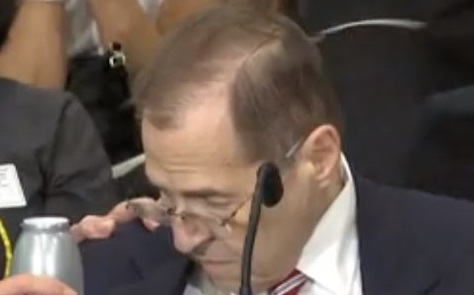 Rep. Jerrold Nadler was getting medical attention after he appeared to swoon during a news conference in New York City.

The chairman of the House Judiciary committee had given remarks at an event about speed enforcement cameras in school zones when he slumped in his chair on Friday.

Moments later he seemed to recover. He was speaking and appeared alert, telling people near him that he was OK.

The 71-year-old Democrat was given water and an orange to eat.

Staff cleared reporters from the school gymnasium where the event was taking place.

An ambulance was called and was standing by.