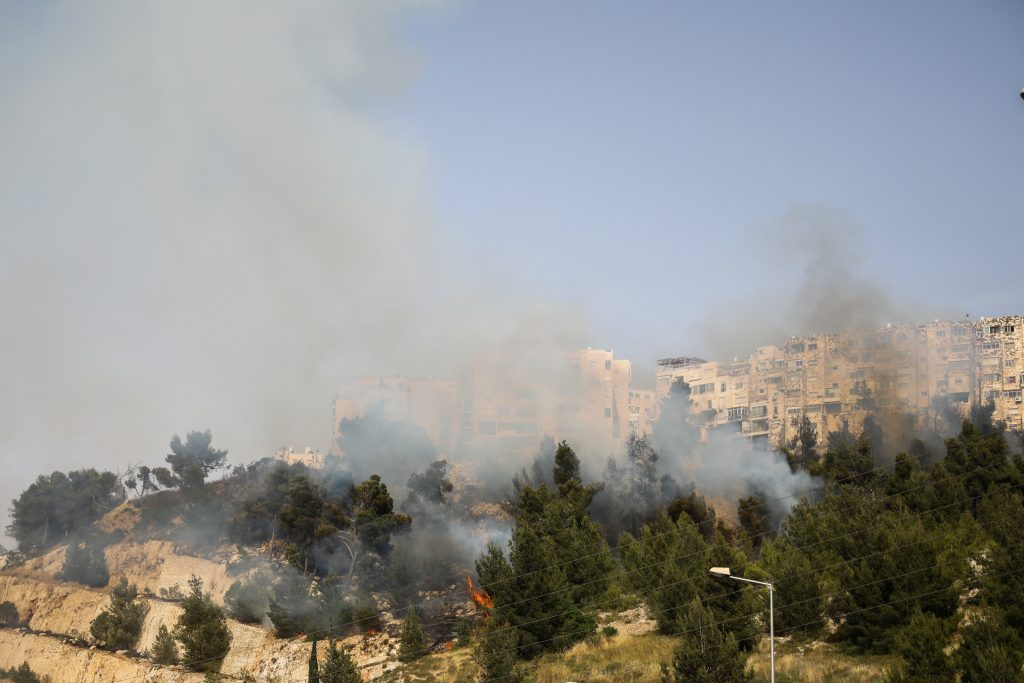 Firefighters are battling dozens of blazes with hundreds of residents have been evacuated from their homes.

Kibbutz Harel, north of Beit Shemesh, was completely evacuated after a large fire broke out, threatening homes inside the kibbutz.

Fires also raged in the Ben Shemen forest near the town of Mevo Modim off of Route 443, prompting authorities to evacuate residents from Mevo Modim and the nearby towns of Gimzo and Kfar Daniel.

Police have closed Route 443 to traffic in both directions near Gimzo.

Firefighters are operating in the area to contain the blaze, and are using air units to aid in their efforts. In Moshav Gimzo, residents were seen removing sifrei Torah and tashmishei kedushah from the shuls.

In addition, residents from the western Negev towns of Karmia, just north of the Gaza Strip, were evacuated after a fire broke out in the area.

Meanwhile, over 20 people were hospitalized for smoke inhalation from the wave of the fires.

He told Kan that Israel may ask the countries to dispatch firefighting aircraft to help local emergency teams.