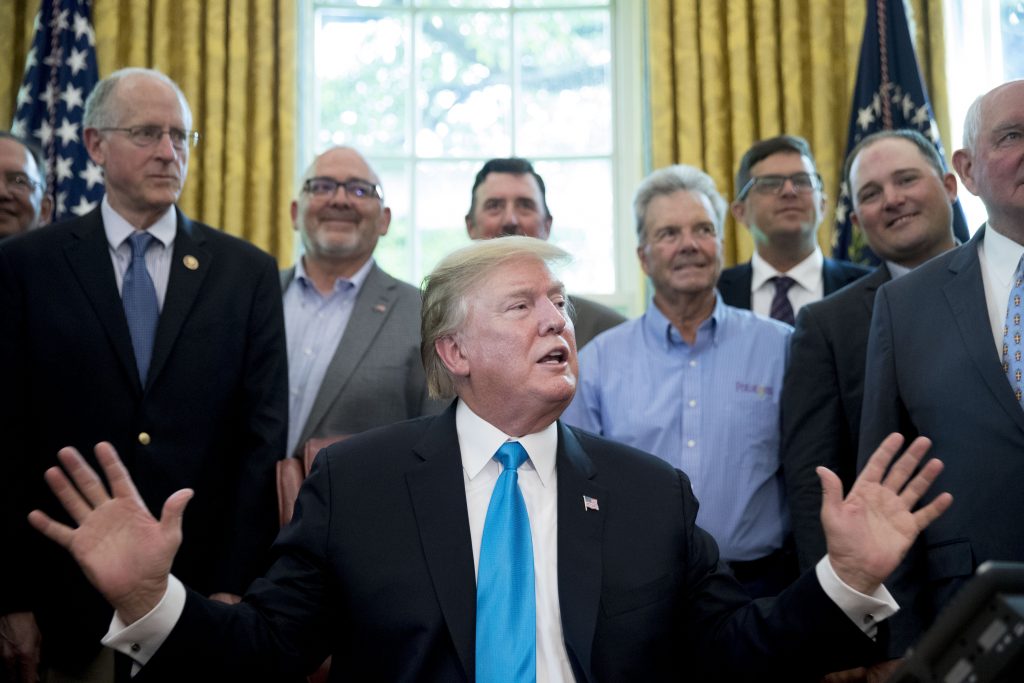 House Speaker Nancy Pelosi openly questioned President Donald Trump’s fitness to remain in office, Thursday, suggesting a staff or family “intervention” for the good of the nation after his dramatic blow-up at a White House meeting with Democrats. Trump responded by calling her “crazy.”

“She’s a mess,” Trump told reporters at an afternoon news conference in which he lined up White House staff to testify to his calmness at a meeting with Pelosi and Senate Democratic Leader Charles Schumer. “Cryin’ Chuck, Crazy Nancy … I watched Nancy and she was all crazy yesterday,” he claimed.

As for himself, he declared, “I’m an extremely stable genius.”

Both the Republican president and Democratic leaders dug in a day after Trump stalked out of the Cabinet Room demanding an end to all congressional probes before he would work with Congress on crumbling U.S. infrastructure and other matters. By Thursday as Congress prepared to recess for the Memorial Day break, both sides were questioning each other’s stability, with the president insisting on Twitter that he was calm when he left the White House meeting that was to focus on infrastructure spending after just three minutes.

Pelosi said Trump has established a pattern of unpredictability, and at one point she even joked about the 25th Amendment, the Constitution’s provision laying out the procedure for replacing a president.

Pelosi also said the White House is “crying out” for the Democrats to launch impeachment hearings — the idea being that such a move would help him politically. White House aides believe that if Democrats move to impeach — and even if they win approval of articles of impeachment in the House — Trump would be acquitted in the GOP-controlled Senate, supporting his assertion that he’s a victim of Democratic harassment and helping him toward re-election. But the president denied that he’s urging the Democrats on.