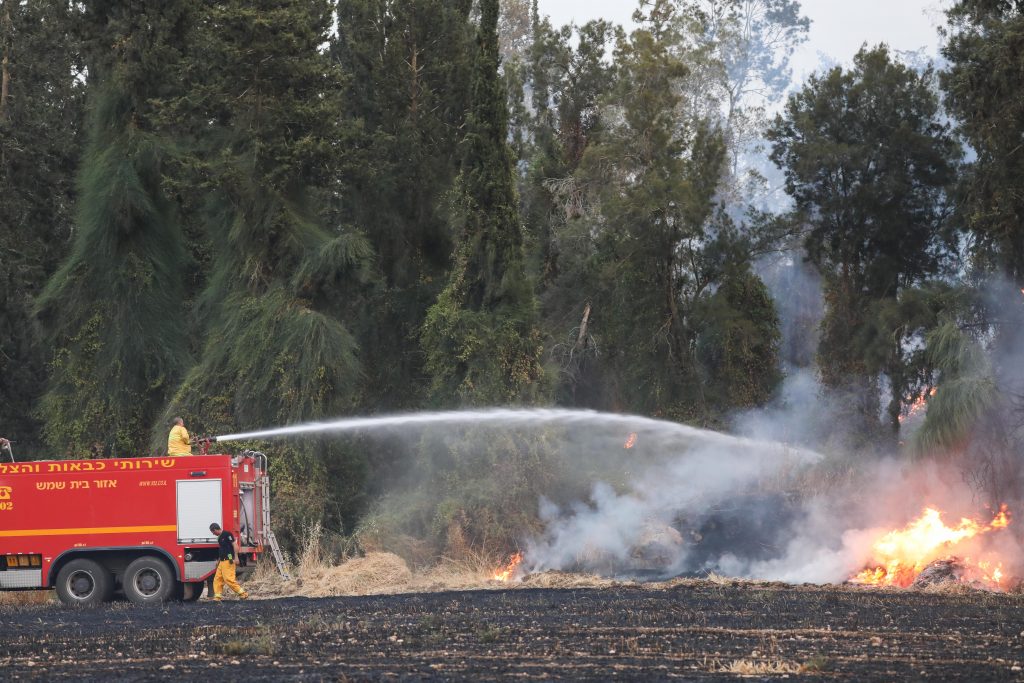 After a grueling day in which Israel exhausted its firefighting capacity combating dozens of wildfires across the country, it appeared that by Thursday night the blazes were finally under control.

However, whether or not matters stayed under control will depend on circumstances beyond the fire department’s control. Cohen said that shifts in wind velocity and direction overnight would cause problems.

“We’ll see how we manage at night, when firefighting planes aren’t operating.”

Officials estimated that about 3,500 people were evacuated from their homes during the course of the day, mostly in central Israel.

The heat wave was expected to reach even higher temperatures on Friday. “At least 40 degrees Celsius (104º Fahrenheit) in the morning hours,” said Tzahi Wachsman of the Meteo-Tech weather service.

A 70-year-old man reportedly died of heatstroke in the central Israeli town of Or Yehuda earlier Thursday.

Wachsman added that southern Israel might be swept by sandstorms on Friday, as well.

But he held out hope that by Shabbos it will be cooler.

Travel conditions could also be affected. Israel Railways said the extreme weather might cause disrupt timetables, since high temperatures cause the steel on the railway tracks to expand, slowing down the traffic.