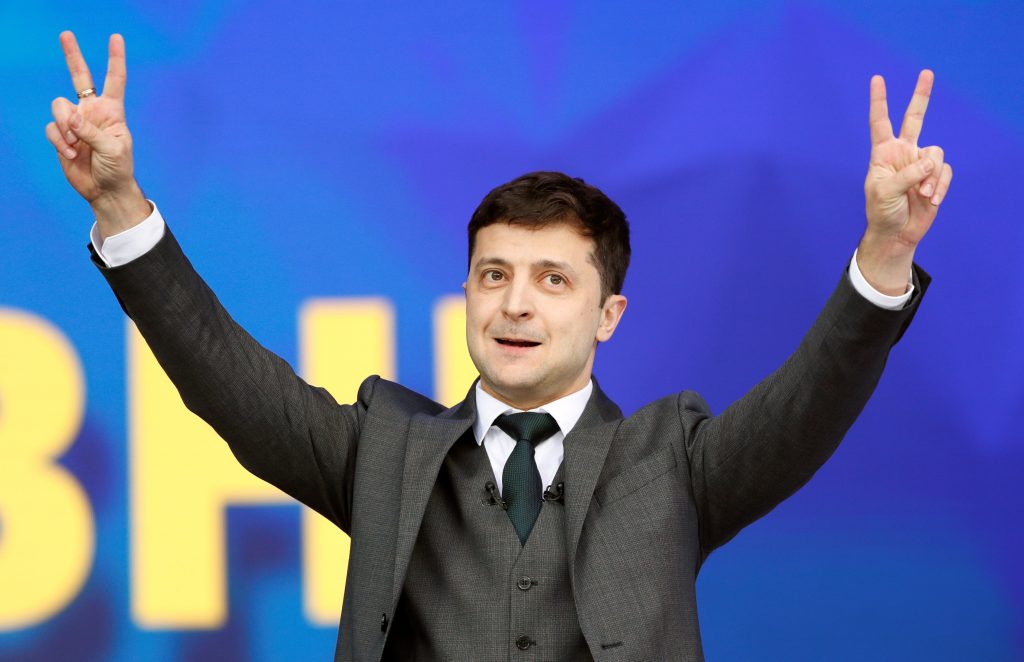 Lawmakers dealt an early blow to Ukraine‘s new president Volodymyr Zelenskiy on Wednesday by rejecting proposed changes to the electoral system ahead of a snap parliamentary election due in July.

A comedian with no prior political experience, Zelenskiy won last month’s presidential election by a landslide on promises to fight corruption and end politics as usual.

But his party currently has no representation in parliament, and Wednesday’s vote offered a glimpse of lawmakers’ ability to frustrate his reform agenda at least until the general election, which Zelenskiy’s new grouping is expected to win.

In a sign that more trouble could be in store, the speaker accused Zelenskiy of causing a constitutional crisis by dissolving parliament and calling the snap election, and said lawmakers would challenge the decision in court.

Zelenskiy needs parliament to vote for reforms he promised to voters on the campaign trail, including a move to strip lawmakers of their immunity from prosecution. Parliament also needs to vote on laws needed to keep foreign aid flowing.

On the campaign trail, Zelenskiy had promised to scrap Ukraine‘s mixed voting system, which he believes would narrow the scope for corruption and vote-buying.

At present, 50 percent of seats are determined by proportional voting through election party lists and 50 percent by electing lawmakers in local constituencies.

The law change would scrap the constituencies, which Zelenskiy argues are vulnerable to powerful local interests.

It would also help Zelenskiy, whose party does not have a strong regional presence in the same way as established parties do, analysts say.

But lawmakers criticized the changes to the election law, saying they would fuel corruption rather than prevent it.

“The changes not only do not improve the legislation and do not strengthen democratic standards, but rather they make them worse,” said Artur Gerasimov, the head of the faction of former President Petro Poroshenko, whom Zelenskiy defeated in April.

Lawmakers also turned their fire on Zelenskiy’s appointments to key positions, which included some of his business partners and Andriy Bogdan, a lawyer with links to one of Ukraine‘s richest men.

“What is the current president Zelenskiy doing? He is appointing all of his business partners to government posts,” said Oleh Lyashko, an opposition party leader.

“How is it different from Poroshenko?”

Parliament also did not vote on whether to accept the resignation of Prime Minister Volodymyr Groysman, who had announced his departure on Monday in response to Zelenskiy’s decision to dissolve parliament.

The political upheaval coincided with the arrival of an International Monetary Fund mission this week to Ukraine to discuss disbursements under a $3.9 billion aid-for-reforms bailout program.