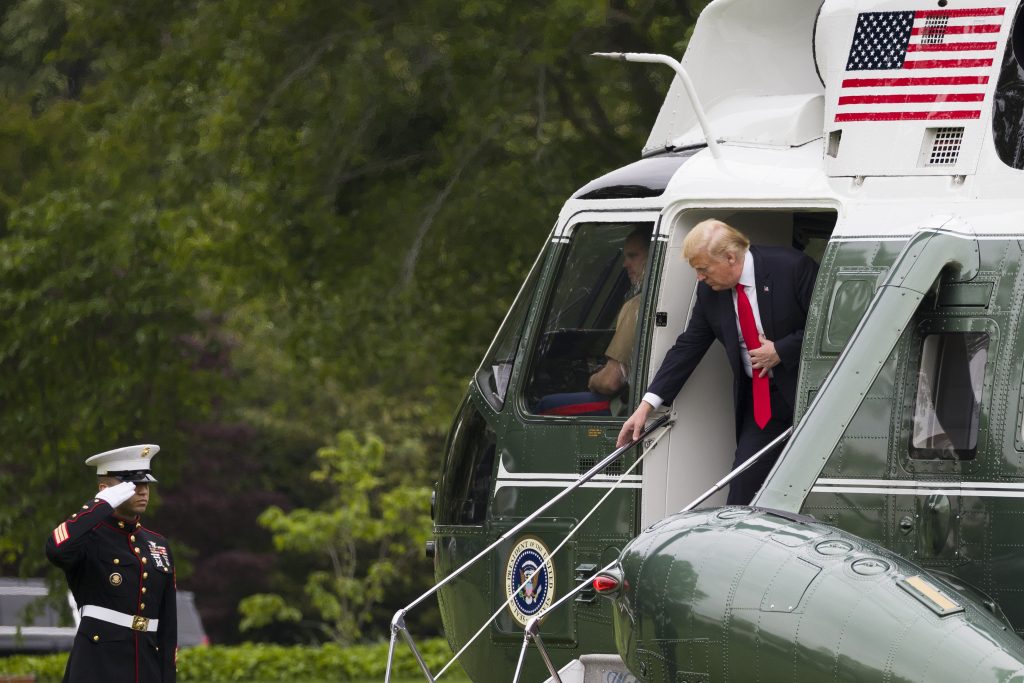 Four days in Tokyo. Then it’s off to see Queen Elizabeth before a jaunt to Normandy, France, and perhaps time in Ireland.

A return trip to Japan? Why not. And throw in Seoul. Then it’s back to France for President Donald Trump for a summit with world leaders.

The homebody president is preparing for a jet-setting summer of travel as he heads into 2020, with an itinerary that will see Air Force One fly more than 36,000 miles — almost 1.5 times the earth’s circumference — not counting helicopter trips and motorcades.

The flurry of international travel is a marked change of pace for a president who likes to sleep in his own bed and rarely strays far from the White House unless it’s to his own properties. The packed calendar is the product of both a concerted attempt by Trump to wrap himself in the trappings of the presidency heading into re-election season and a fluke of the global summit calendar.

It will play out as an array of foreign challenges, from Venezuela to North Korea and Iran, confronts a president who ran on an isolationist “America First” platform.

“When things are hot in Washington, there’s an appeal to going abroad, being diplomatic, meeting with overseas leaders” and redirecting media attention, said Julian Zelizer, a history professor at Princeton University. He said White Houses often hope that the images beamed home from such trips will help presidents look more “presidential.”

Trump is set to depart Friday for a four-day state visit to Japan, where he will be the first world leader to meet with the country’s new emperor. He plans to hold a joint news conference with Prime Minster Shinzo Abe and present a trophy at a sumo wrestling tournament.

Five days after he gets home, Trump is off for a state visit in the United Kingdom, where he’ll mingle with the royal family and mark the 75th anniversary of D-Day with ceremonies in Portsmouth, England and Normandy.

The end of June will see Trump in Japan a second time. Meetings with Chinese President Xi Jinping and Russian President Vladimir Putin are planned on the sidelines of the Group of 20 summit in Osaka, followed by consultations in Seoul with South Korean President Moon Jae-in on the state of North Korean nuclear negotiations.

Trump returns to France in late August for a Group of Seven summit in the seaside town of Biarritz on the Basque Country coast.