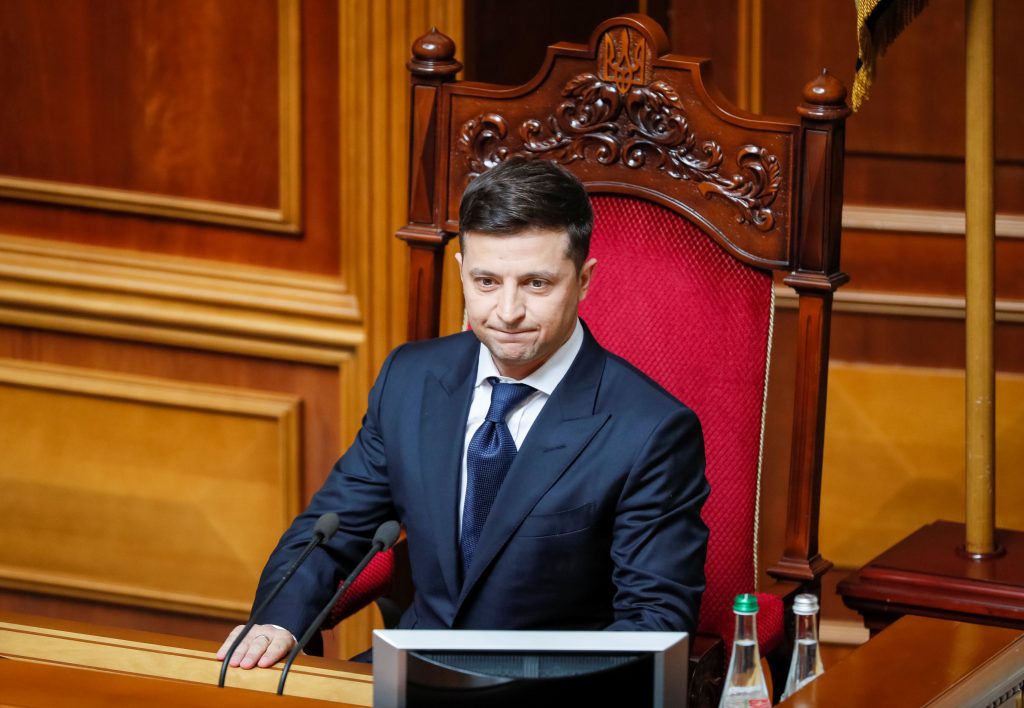 Ukraine‘s new President Volodymyr Zelenskiy took the oath of office on Monday and immediately announced he was dissolving Parliament and calling a snap election, aiming to win seats in a legislature still dominated by loyalists of his predecessor.

Zelenskiy, a comedian with no prior political experience, won the presidency by a landslide last month but his new party has no representation in Parliament, making it expedient for him to call a snap poll while his popularity remains high.

He said his first task was to achieve a ceasefire in eastern Ukraine, where a five-year-old conflict with Russian-backed separatists has killed 13,000 people. He added that dialogue with Russia could only happen after the return of Ukrainian territory and prisoners of war.

Working with Parliament will be crucial to his ability to meet the expectations of his voters and also pass reforms needed to keep foreign aid flowing.

Zelenskiy called on lawmakers to use the two months until the snap election to pass a law that would strip them of immunity from prosecution and another law that bans officials from illegally enriching themselves.

“You will have two months for this. Do it and you will deserve medals,” Zelenskiy said after being sworn in. “I dissolve the Rada [Parliament] of the eighth convocation.”