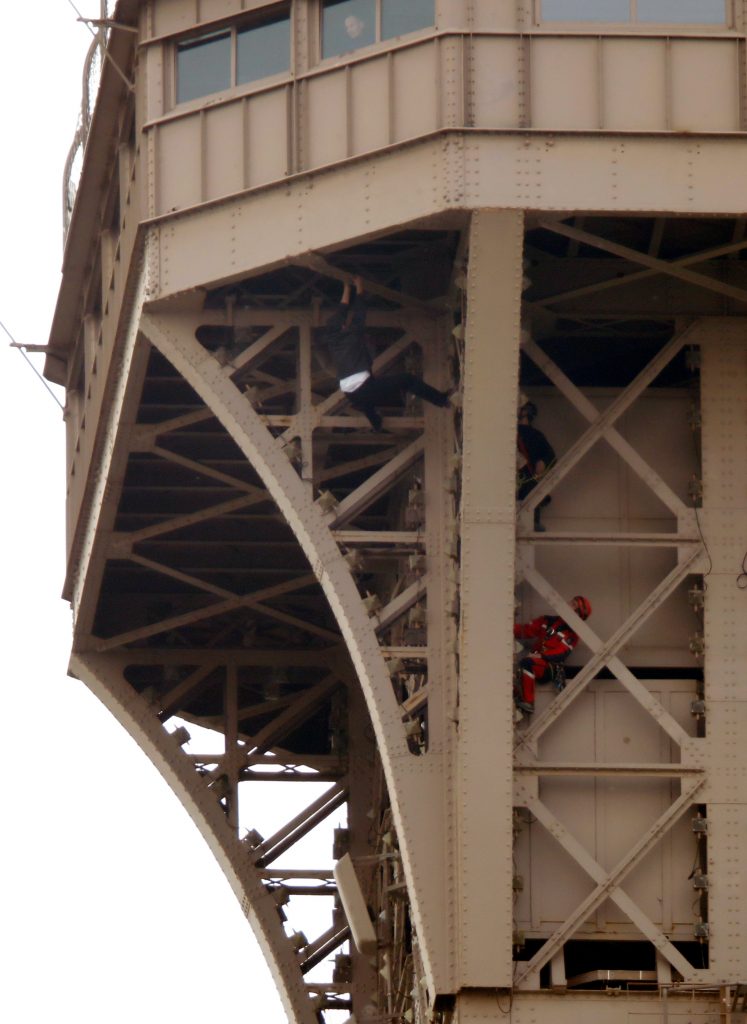 The Eiffel Tower was evacuated and surrounding streets locked down on Monday after a man was spotted scaling the upper heights of the monument in the heart of the French capital, Paris Police and the tower‘s operator said. Specialist firefighters were on the scene.

“The man entered the tower normally and started to climb once he was on the second floor,” a spokeswoman for the tower‘s operator told Reuters.

The tower, one of the world’s most recognzsable landmarks, will be closed until further notice, the company said in a statement on its official Twitter handle.