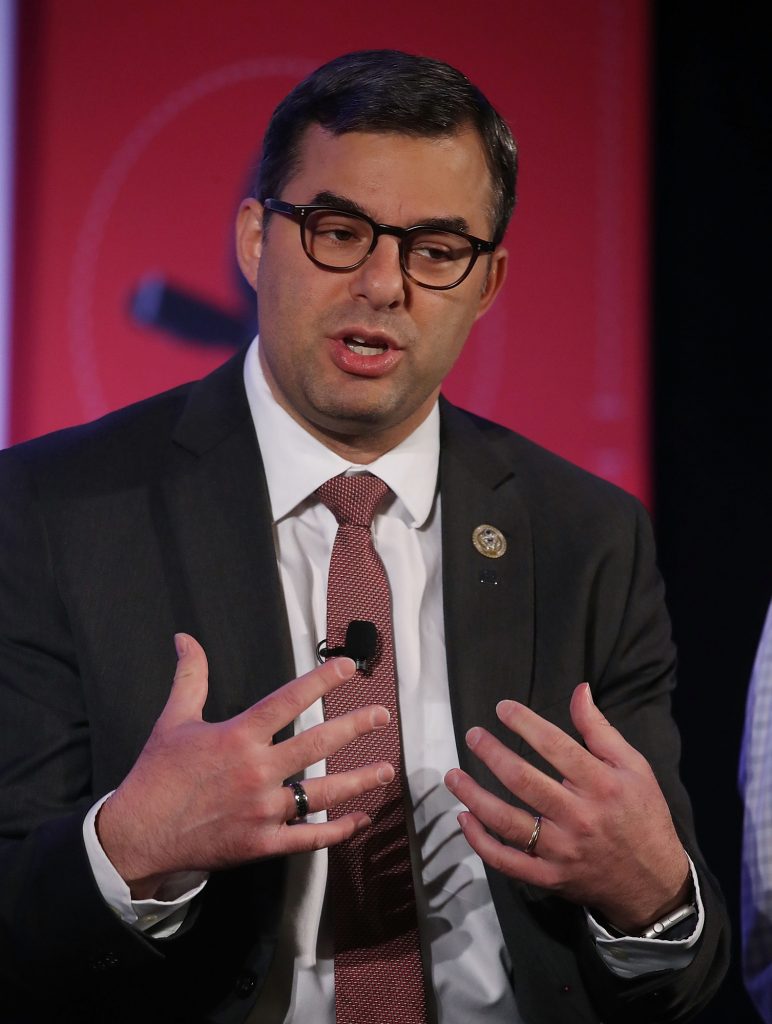 Rep. Justin Amash of Michigan, a libertarian who’s often at odds with most other congressional Republicans, said Saturday he believes President Donald Trump has engaged in “impeachable conduct.”

“Contrary to Barr’s portrayal, Mueller’s report reveals that President Trump engaged in specific actions and a pattern of behavior that meet the threshold for impeachment,” said Amash, 39, who arrived in Congress as part of the tea party wave in 2010.

His observations about Trump and other assertions decrying political partisanship come after published reports that the Libertarian Party has urged Amash to consider a third-party challenge to Trump in the 2020 presidential election.

The Capitol Hill newspaper Roll Call noted that Amash hasn’t rejected the idea, and has suggested that there needs to be an alternative offered to the two major parties. In his Saturday tweets, Amash offered, “Partisanship has eroded our system of checks and balances.”

As for Mueller’s report, Amash said it “identified multiple examples of conduct satisfying all the elements of obstruction of justice.” Any person other than the president “would be indicted based on such evidence,” he said.

He explained impeachment is a special form of indictment, “which does not even require probable cause that a crime has been committed.”

He continued, “When loyalty to a political party or individual trumps loyalty to the Constitution, the Rule of Law — the foundation of liberty — crumbles.”

The tweets represented Amash’s latest break with the majority of his party. In the past, he’s been the sole House Republican to vote against Trump’s use of emergency powers to divert funds for a wall along the Mexican border, as well as the sales of munitions to Saudi Arabia.

Amash is a leader of the House Liberty Caucus. He also helped found another conservative House group, the Freedom Caucus, that’s opposed to government overreach and too much spending. But he has since said he’s become disenchanted with that group’s loyalty to Trump.