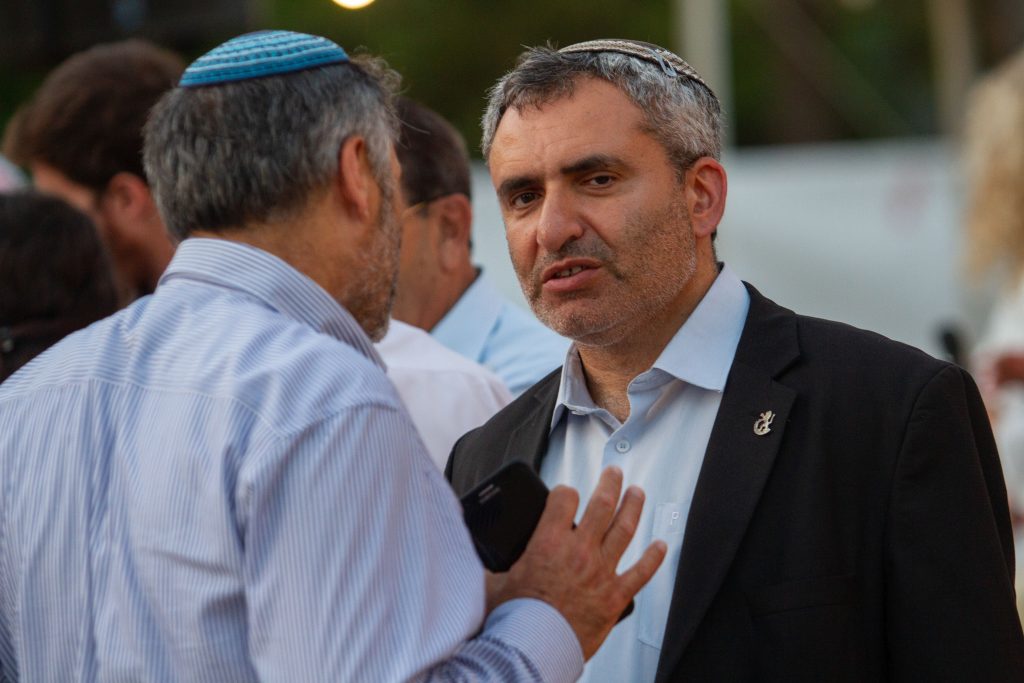 Lawyers in Israel were reportedly organizing to oppose legislation aimed at giving the Knesset the power to override the High Court and provide immunity from prosecution for Prime Minister Binyamin Netanyahu.

Approximately 200 lawyers were said to be involved in the project, saying that proposed changes in the balance between the Knesset and the judiciary threaten to undermine the “foundations of Israeli democracy and society.”

A meeting was scheduled for Monday to consider what actions might be taken—including a possible strike in the courts system—to stop such measures, according to the Calcalist financial news site.

The meeting was called by Zvi Bar-Nathan, a senior official in the law firm of Goldfarb Seligman in Tel Aviv, who said that “we are fighting for our core values. If we don’t fiercely protect the justice system and our basic values as a liberal democracy, nobody will.

“This isn’t about right and left, and it is absolutely not a struggle of those who like or dislike the current leadership. This struggle is apolitical and needs to be embraced by anyone who cares about this country,” Bar-Nathan said.

“The actions being weighed include establishing a physical guard of dozens of lawyers around the Supreme Court under the slogan: ‘You’ll need to pass us,’” he said, adding that the activists could even reach the point of initiating a shutdown of the entire justice system.

Meanwhile, a spokesperson for Netanyahu insisted that immunity from prosecution is not under discussion between Likud and coalition partners.

“I confirm on behalf of the prime minister that the issue of immunity will not be a part of the coalition agreements,” he spokesman said.

Tourism Minister Yariv Levin, who has been leading the Likud negotiating team, further denied “rumors and reports” that understandings on immunity would be part of the coalition agreements.

But Channel 12 said that even if the formal coalition agreements do not contain specific clauses on immunity, Netanyahu would pursue other means to achieving the goal.

“He’s still pushing ahead with this with all his strength,” the report said.

MK Zeev Elkin (Likud) said on Sunday that some new measure granting immunity from prosecution would be necessary.

As for the future of the coalition, Elkin acknowledged the difficulties, and warned of the consequences of a failure to reach accomodation:

“The general situation is such that there’s definitely a danger that the country will get caught up in something delusional – a repeat of elections with another six months of paralysis and insane expenses when everyone understands that it will more or less lead to the same results. This delusional thing has never happened in the state of Israel, but if people don’t start to be more logical, it could happen for the first time.”

Elkin said he didn’t think a non-majority government of 60, without Yisrael Beytenu, was a realistic option.

“I am witnessing this with great sadness,” Begin told Israel Radio. “The prime minister hiding behind the shield of immunity as a Knesset member, with or without legislative changes, is a corrupt act.”

“With this act, the prime minister intends to misuse his leadership power for personal gain, and he is dragging others down with him,” Begin added. “The Knesset members who support the prime minister’s attempt to escape justice will be abusing their office by lending a hand to a clear act of corruption.”

Elkin said he was “very sorry for this remark because if I listen to his statements, the whole issue of immunity for Knesset members is hollow and should be abolished, and every MK in any situation has to immediately be charged in every investigation.”