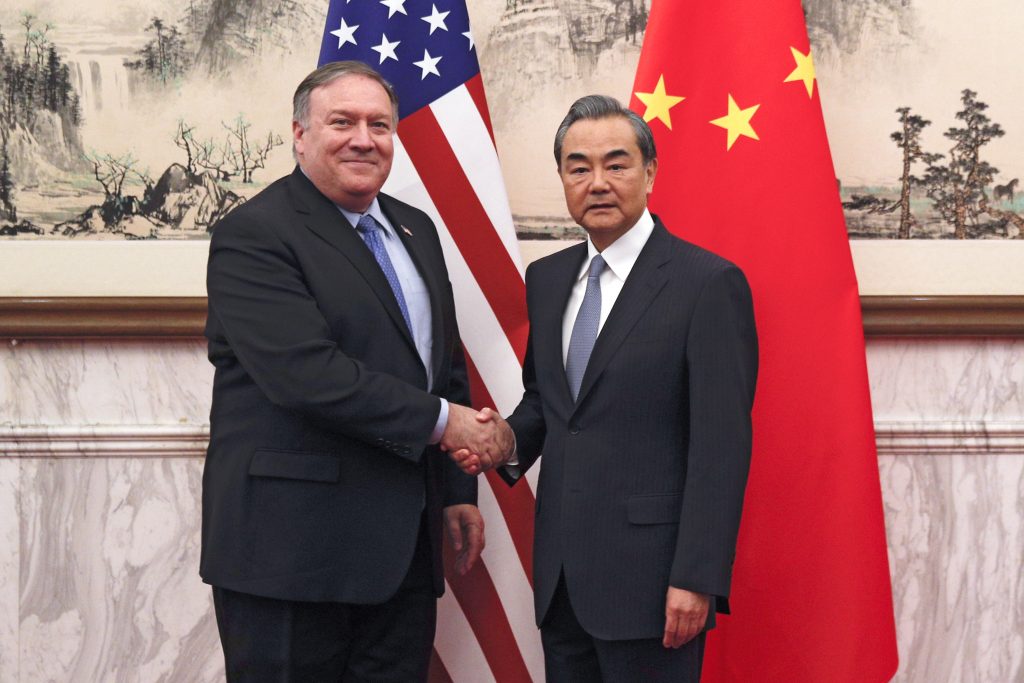 China‘s senior diplomat Wang Yi told U.S. Secretary of State Mike Pompeo on Saturday that recent U.S. words and actions had harmed the interests of China and its enterprises, and that Washington should show restraint, China‘s foreign ministry said.

Speaking to Pompeo by telephone, Wang said the United States should not go “too far” in the current trade dispute between the two sides, adding that China was still willing to resolve differences through negotiations, but they should be on an equal footing.

On Iran, Wang said China hoped all parties will exercise restraint and act with caution to avoid escalating tensions.

U.S. State Department spokeswoman Morgan Ortagus said in a statement that Pompeo spoke with Wang and discussed bilateral issues and U.S. concerns about Iran, but gave no other details.

Tensions between Washington and Tehran have increased in recent days, raising concerns about a potential U.S.-Iran conflict. Earlier this week the United States pulled some diplomatic staff from its Baghdad embassy following attacks on oil tankers in the Gulf.

China struck a more aggressive tone in its trade war with the United States on Friday, suggesting a resumption of talks between the world’s two largest economies would be meaningless unless Washington changed course.

The tough talk capped a week that saw Beijing unveil fresh retaliatory tariffs, U.S. officials accuse China of backtracking on promises made during months of talks, and the Trump administration level a potentially crippling blow against one of China‘s biggest and most successful companies.

The United States announced on Thursday it was putting Huawei Technologies, the world’s largest telecoms equipment maker, on a blacklist that could make it extremely hard to do business with U.S. companies.

The U.S. Commerce Department then said on Friday it may soon scale back restrictions on Huawei. It said it was considering issuing a temporary general license to “prevent the interruption of existing network operations and equipment.”

Potential beneficiaries of this license could, for example, include telecoms providers in thinly populated parts of U.S. states such as Wyoming and Oregon that purchased network equipment from Huawei in recent years.