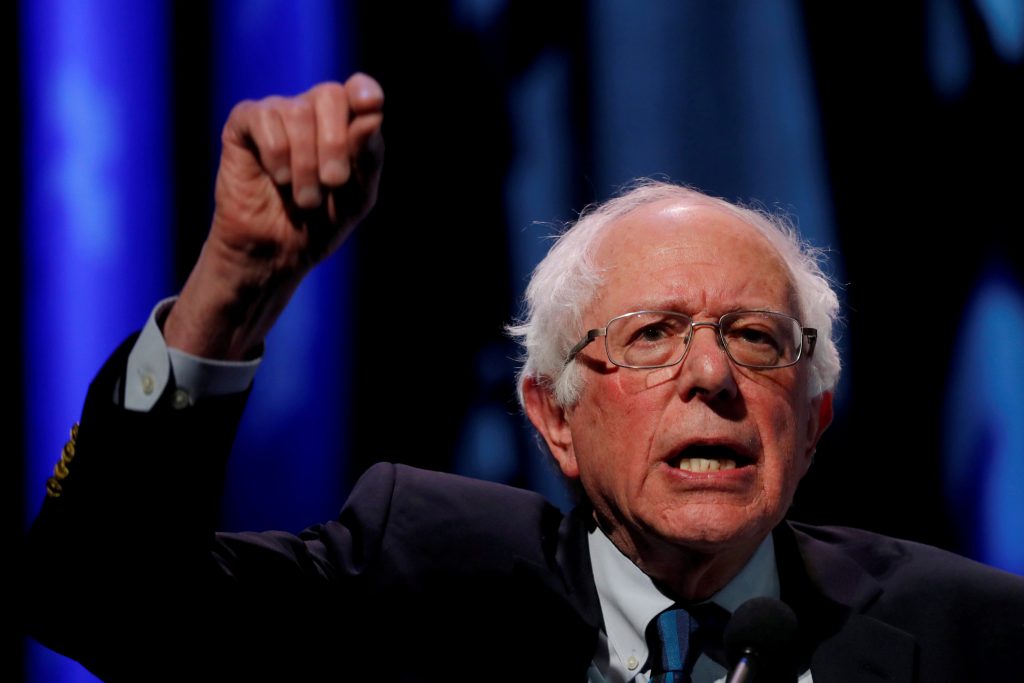 Democratic presidential hopeful Bernie Sanders unveiled an education policy proposal on Saturday designed to pump billions of dollars into the public schools system, in a bid to appeal to black voters who shunned the U.S. senator during his previous presidential run.

The 10-point plan Sanders detailed in a speech in South Carolina aims to end racial disparities in the public education system. America’s education policy debate has long been steeped in discussions of race and racial discrimination.

Sanders struggled in the 2016 campaign for the Democratic presidential nomination against Hillary Clinton to garner support among African-Americans. His chief Democratic rival in the run-up to the 2020 election, former Vice President Joe Biden, has polled well among black voters.

The Vermont senator built his 2016 campaign on a series of liberal policy ideas that at the time made him unique among Democrats, but which now are shared by many of his rivals. More than 20 Democrats are vying to challenge President Donald Trump, the likely Republican nominee.

Sanders has struggled to distinguish himself in the current field, frequently complaining that he deserves credit for pioneering many of the progressive ideas now espoused by other Democratic challengers.

Sanders titled his new education proposal the “Thurgood Marshall Plan for Education,” a nod to the Supreme Court justice who before being on the bench successfully argued the 1954 landmark Brown v. Board of Education case that desegregated public schools.

On Friday, the Sanders campaign previewed the portion of the proposal that would overhaul charter schools, the publicly-funded schools that operate independently of government oversight.

The remaining portion of his proposal covers everything from teacher pay to school lunches.

Sanders said he would push for funding to better integrate some schools. He also called for a federal funding minimum and moving away from using property taxes to pay for schools. Critics argue that using property taxes results in wealthy areas having better schools than more impoverished neighborhoods.

He wants to spend an additional $5 billion a year on summer school and after-school programs across the United States and also called for an increase in federal funding for programs for students with disabilities.

Teachers’ salaries should be set at a minimum of $60,000 a year, Sanders said, and tied to regional cost of living. Schools should be required to provide free meals, breakfast, lunch and snacks to all students, he said.

He added that he wants to provide another $5 billion to increase community services at schools, including health and dental care, mental health and job training.

For schools that continue to lack the infrastructure necessary to teach students, Sanders wants to provide federal funds for more school construction.