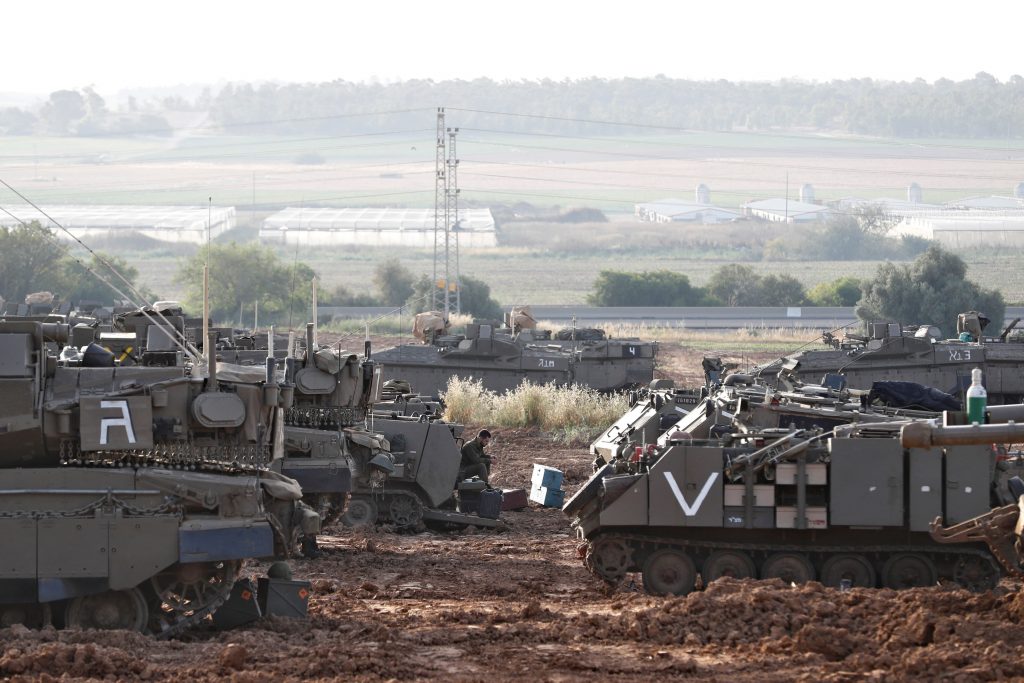 Once again the IDF was preparing for mass riots on the Gaza border, as Hamas organizes its weekly “march of return” riots. Despite the fact that nearly two weeks have passed since understandings between Israel and Hamas went into effect, ending the recent round of rocket fire by Gaza Arab terrorists against southern Israel, the IDF has remained on high alert, and many of the precautions put into effect during the rocket fire two weekends ago are still in effect.

The reason for that is the confluence of events during the current period that Gaza terrorists are likely to want to use to aggrandize their positions. Over 10,000 Arabs rioted at the border on Wednesday, “Nakba Day,” and the current Ramadan period has traditionally been one of extra unrest.

In addition, a high-profile event in Tel Aviv – the climax of which will take place  this weekend – would be an opportunity for the terror groups to get attention from hundreds of millions of people watching the event around the world.

As part of those understandings, Israel undertook to reopen the Gaza crossings, widen the amount and scope of goods that could be shipped into Gaza, ensure that Qatari money was delivered to Hamas, and expand the area where Gazans could fish to 15 nautical miles. Over the past several days, all of these commitments were fulfilled.

Hamas, for its part, promised to limit border riots, and to put an end to terror balloon attacks that have been plaguing southern Israel. The terror group has failed to comply with that condition; Israeli firefighters on Thursday afternoon were forced to battle several blazes in areas along the Gaza border, apparently caused by incendiary devices attached to balloons.

On Wednesday, as well, several fires broke out in the border area, also caused by terror balloons.

Meanwhile, Gaza Arabs were complaining that Hamas had treated them too harshly during the Nakba Day riots on Wednesday, Channel 13 reported. Hamas had set its operatives as buffers between rioters and IDF soldiers on the other side of the border fence, and in social media posts there were dozens of complaints of “rough handling” of rioters by the Hamas operatives. Several said that they would no longer participate in the riots if the Hamas behavior kept up.

The IDF had made it clear to Hamas that despite the understandings, Israel would not hesitate to shoot rioters who attacked soldiers or tried to breach the border fence, the report said.