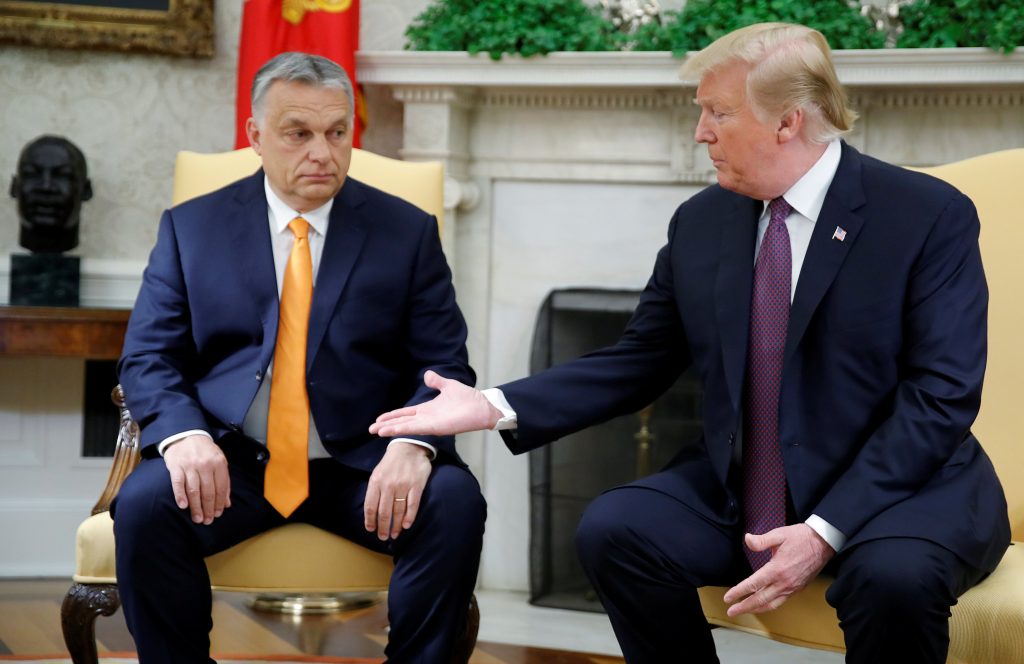 Hungarian Prime Minister Viktor Orban on Friday said he had discussed the purchase of mid-range air defense missiles at a meeting with President Donald Trump on Monday.

In the first bilateral meeting between the two leaders, Trump praised the Hungarian leader for his tough stance on immigration, calling him his “twin.”

Orban said military cooperation was paramount and that Hungary, whose economy has been growing faster than most others in Europe, can now afford to recreate a potent military force.

“There are parts of military development in which we count on the Americans,” Orban told state radio.

“Critical infrastructure must be protected in case of a military attack, and Hungary’s capability in that regard is incomplete. We need mid-range air defense missiles here. The legal procedure to acquire them is proceeding apace.”

U.S. Ambassador to Hungary David Cornstein told the Hungarian news web site 444.hu that he and a Hungarian government representative had visited arms makers Raytheon and Lockheed Martin on the sidelines of Orban’s visit.

Orban, whose close ties with President Vladimir Putin’s Russia and China have drawn criticism from international partners, and especially Washington, said he wanted to build better ties with all major powers.

“We cooperate with the Chinese and the Russians as well as the Americans,” he said. “To be sure, with them [the Americans] we are in a military alliance, therefore those ties are stronger.”

But he said to define Hungary’s foreign policy as dutifully belonging to some alliance rather than seeking to defend its own interests was a “distorted” view.

He added that he had asked Trump to help start production of natural gas under the Romanian section of the Black Sea, which will be done with participation from Exxon, to provide the only practical alternative to Russian gas.

“Diversification is plausible if the U.S.-Romanian cooperation happens quickly,” Orban said. “I urged the president to help make that happen.”