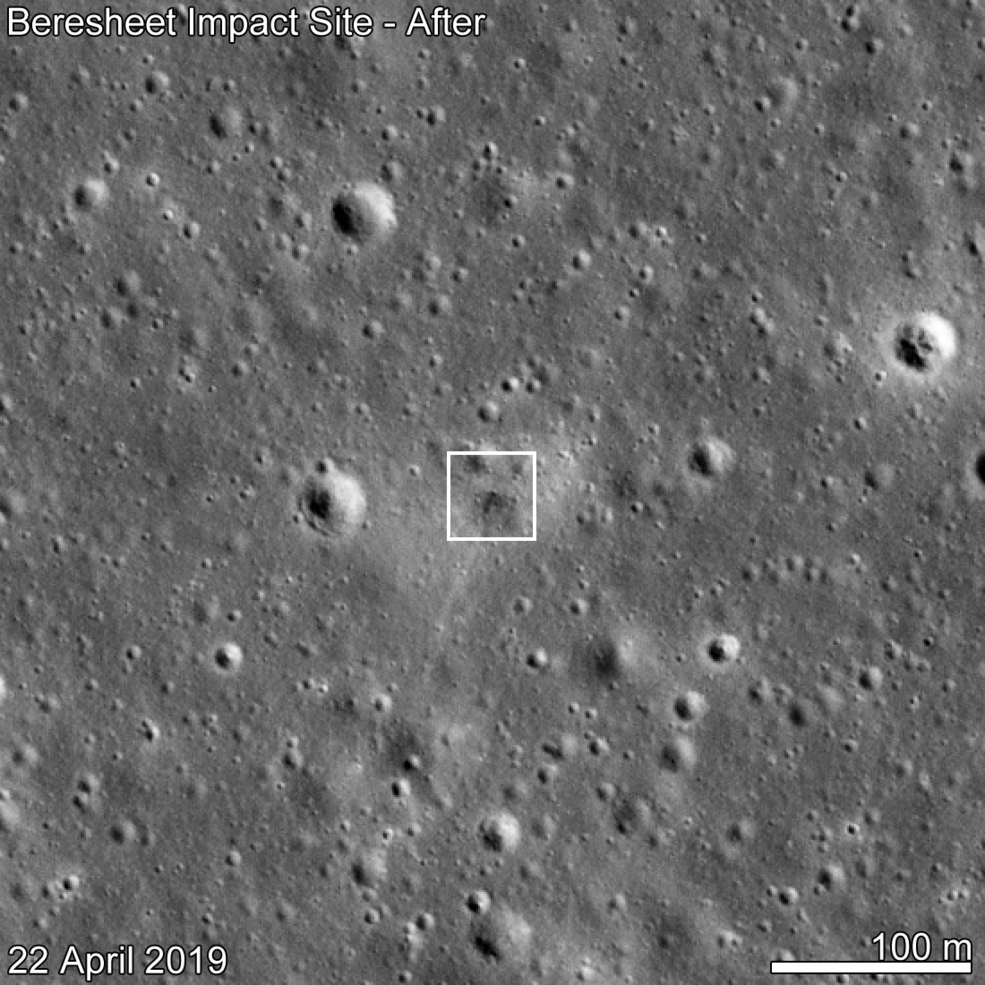 NASA has released photos of the crash site of the Israeli lunar lander Beresheet taken by its Lunar Reconnaissance Orbiter (LRO) and sent back to Earth, The Jerusalem Post reported.

The images from 56 miles above the surface of the Moon show a “dark smudge,” about 10 yards wide, that indicates the point of impact, according to NASA. The dark tone suggests a surface roughened by the hard landing.

From that distance, NASA orbiter could not detect whether a surface crater was created by the impact. But it’s possible the crater is just too small to show up in photos.

To determine the correct location and rule out the possibility that it was caused by meteoroids, NASA used the coordinates from Beresheet’s radio tracking and examined before and after images of the site around the time of impact.

“Existing mathematical models helped us estimate the size and shape of the crater that would have formed if an object of Beresheet’s mass and velocity struck the surface. We also referenced craters created by similar-size spacecraft that have struck the Moon at about the same speed, and we saw that the white tail stretching from the landing halo towards the south is a shape that’s consistent with Beresheet’s southward descent trajectory and angle of approach,” NASA explained in a statement accompanying the photos.