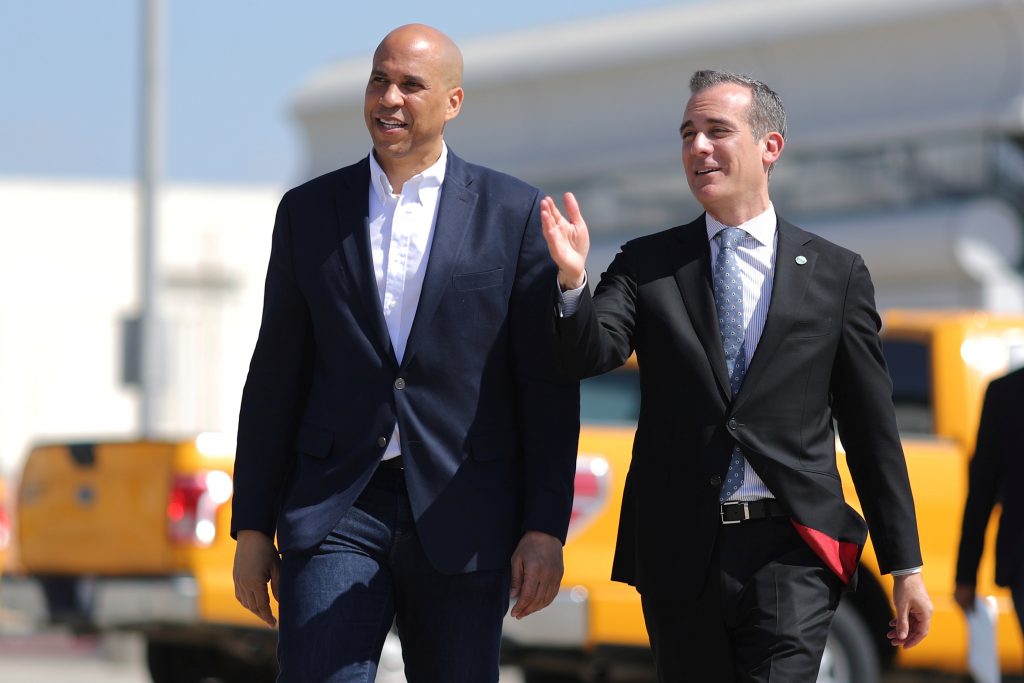 Los Angeles Mayor Eric Garcetti said that Israel has not lost the support of the Democratic party, during a five-day visit in the country this week.

“I would not overstate it, but, yes, it should be a concern,” he told The Jerusalem Post in reply to a question prompted by mounting criticism of Israel among Democrats.

“As a Democratic Jew, I think it is incumbent upon us to have dialogue with a new generation of leaders who may not know history. But I wouldn’t overstate things and say that Democrats suddenly don’t support Israel.”

While acknowledging the strong feelings in his party against both Israeli Prime Minister Binyamin Netanyahu and U.S. President Donald Trump, Garcetti argued that there is no contradiction between being anti-Trump or anti-Netanyahu and being pro-Israel.

However Garcetti criticized Trump for saying in March that Democrats have become an anti-Israel and anti-Jewish party. He dismissed it as just “trying to win votes. That should be off-limits for Democrats as well as Republicans,” since it harms the bipartisan consensus for Israel.

While the mayor said he feels “absolutely” comfortable being pro-Israel inside the Democratic Party, he did not try to deny that there is a contingent which does not share his attitude.

by representatives Ilhan Omar and Rashida Tlaib, he said that sometimes he believes what was said was antisemitic and must be condemned, but that other times it was being manipulated to fit an agenda. Tlaib’s comments this week about Israel and the Holocaust, he maintained, fell into the latter category.

The mayor led an American Jewish Committee Project Interchange bipartisan delegation of five U.S. mayors. It was his third time in Israel, but the first time since being elected mayor of Los Angeles in 2013.