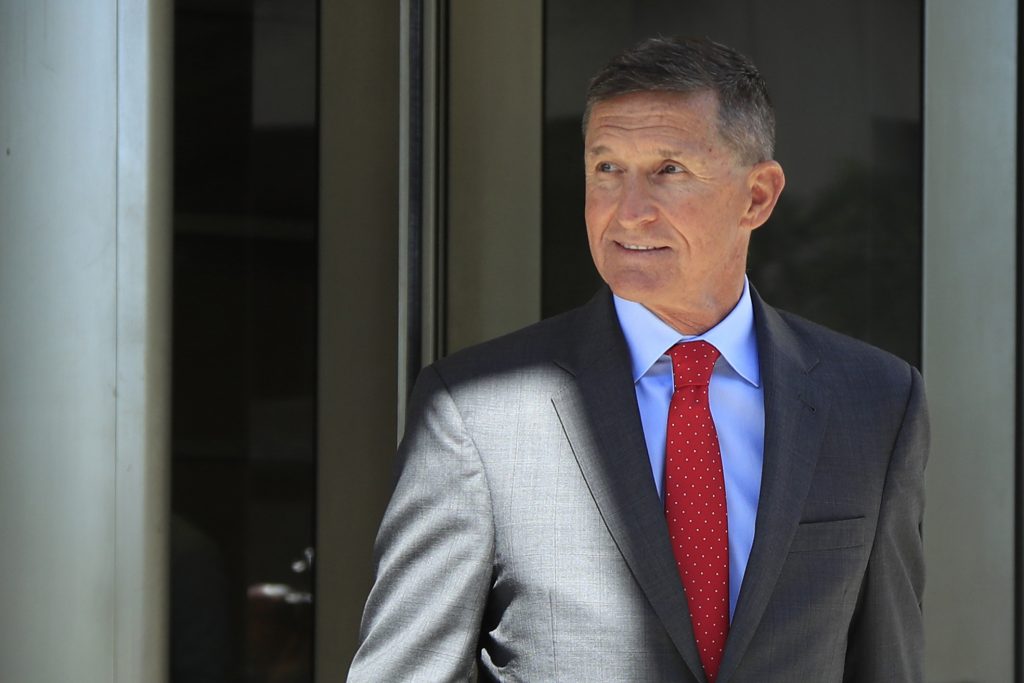 The attempts to obstruct Mueller’s probe were made by people associated with the administration of President Donald Trump or with Congress, according to the filings, which were unsealed at prosecutors’ request.

Flynn “informed the government of multiple instances, both before and after his guilty plea, where either he or his attorneys received communications from persons connected to the Administration or Congress that could have affected both his willingness to cooperate and the completeness of that cooperation,”Mueller wrote in a memo originally submitted under seal ahead of Flynn’s planned sentencing on Dec. 18, 2018.

“The defendant even provided a voicemail recording of one such communication. In some instances, the SCO was unaware of the outreach until being alerted to it by the defendant,” he wrote, using the acronym for the Special Counsel’s Office.

Flynn pleaded guilty to lying to FBI agents about his December 2016 conversations with Sergei Kislyak, then Russia’s ambassador in Washington, about U.S. sanctions imposed on Moscow by the administration of Trump’s Democratic predecessor Barack Obama. The conversations took place between Trump’s November election victory and his inauguration in January 2017.

Flynn had been scheduled to be sentenced on Dec. 18 but the judge fiercely criticized the retired U.S. Army lieutenant general for his actions and delayed his sentencing until after he has finished helping prosecutors with other probes.

Mueller has asked for the judge not to sentence Flynn to prison given his substantial cooperation.

Flynn is still cooperating with prosecutors in the Eastern District of Virginia against his former business partner, Bijan Rafiekian, who was indicted on allegations of unregistered lobbying on behalf of Turkey. Rafiekian has pleaded not guilty and will take his case to trial scheduled to begin in July.

Mueller completed his investigation in March. While he did not find that there was a conspiracy between Moscow and the Trump campaign to influence the 2016 election, his report describes multiple actions Trump took to try to impede the investigation but stopped short of declaring the president had committed a crime.

The new disclosures in the Flynn case come with Democrats divided over how to react to the Mueller report. While some are calling for impeachment proceedings, others believe it could backfire politically and are backing continued investigations into other matters.