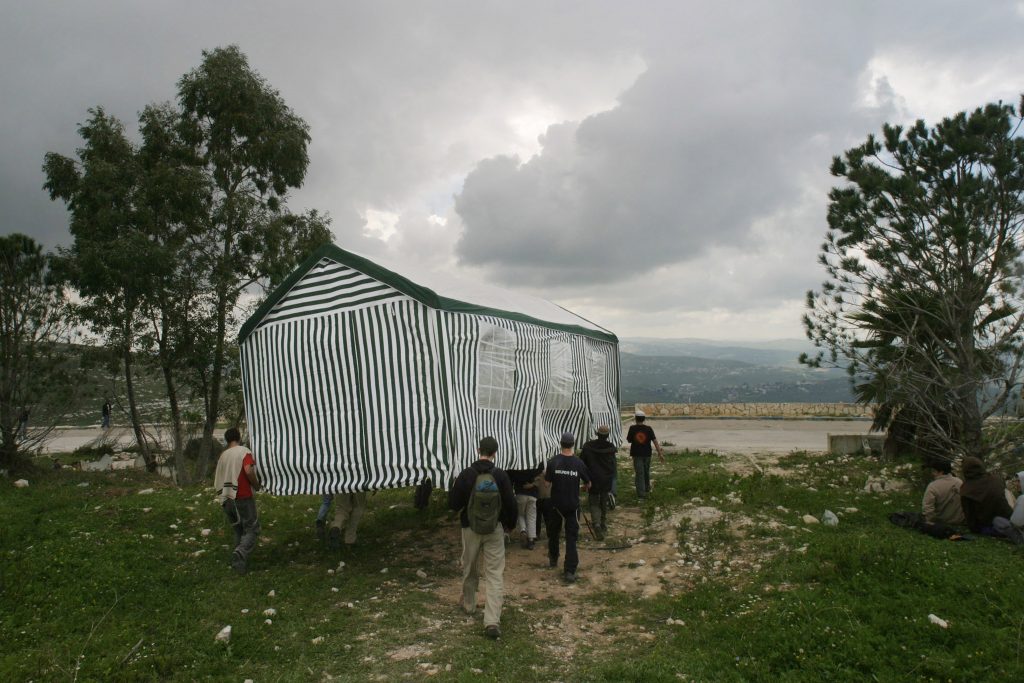 A delegation of right-wing politicians visited Homesh on Thursday to dramatize their advocacy of allowing Israelis to return to four towns in Shomron that were evacuated in the 2005 Disengagement Plan, the Times of Israel reported.

The 11-member delegation, including Knesset Speaker Yuli Edelstein and Shomron Regional Council chairman Yossi Dagan, hope to gain swift passage of a bill to rebuild Homesh, Sa-Nur, Ganim and Kadim, which were abandoned 14 years ago simultaneously with the Jewish communities of Gush Katif in Gaza. Dagan has been trying to insert it into coalition agreements.

Prime Minister Binyamin Netanyahu has repeatedly ordered such bills removed from the Knesset agenda in order to avoid antagonizing the Trump administration.

Edelstein said to reporters in Homesh that the demolition of the four towns had been carried out “without a purpose” and said it would be the “mission” of the Knesset to pass the disengagement-canceling law.

Dagan put the onus on Netanyahu, asserting that the legislation has support from most Likud MKs, and its fate was “in the hands of Netanyahu.”

“Hiding behind the Americans instead of making such an important decision is unacceptable,” he said.

The delegation included 9 Likud members and 2 from the Union of Right-Wing Parties.

The IDF granted special permission for the lawmakers to enter the area, which has been designated as a closed military zone since the disengagement.

A yeshivah was established on Homesh’s ruins following the evacuation and the military has looked the other way as about 25 students have been ascending the hilltop to study there each day from their trailer dorms in the nearby Shavei Shomron.