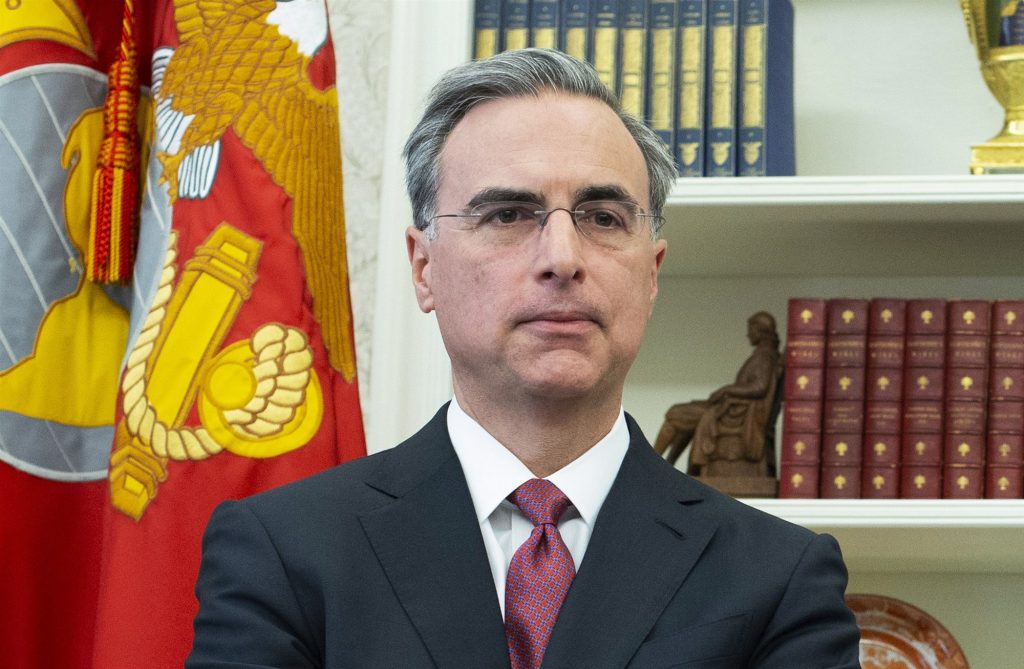 Congress has no right to conduct a “do-over” of Special Counsel Robert Mueller’s Russia probe, the White House said in a letter blasting House Democrats’ “sweeping” requests for documents as an effort to harass political opponents.

It was drafted in response to a March 4 request for documents from Nadler, who is running a congressional investigation into allegations of obstruction of justice, public corruption and other abuses of power.

“The White House will not participate in the committee’s ‘investigation’ that brushes aside the conclusions of the Department of Justice after a two-year-long effort in favor of political theater pre-ordained to reach a preconceived and false result,” said the 12-page letter from Cipollone.

Cipollone’s letter was the latest instance of the Trump administration’s efforts to impede some 20 congressional investigations into his turbulent presidency, his family and his personal business interests.

In an intensifying constitutional clash with political risks for both sides headed into the November 2020 elections, Nadler blasted back, rejecting the White House position as “preposterous.”

Nadler, who heads the committee that would handle any impeachment proceedings against Trump, told CNN: “This is the White House claiming that the president is king … No president, no person in the United States is above the law.”

In his letter, Cipollone asked House Judiciary to narrow its “sweeping” request and provide a legislative purpose for it, adding that many documents would be entitled to be withheld under the legal doctrine of executive privilege.

The documents requested relate to everything from the contents of Trump’s meetings with Russian President Vladimir Putin to his communications with former White House counsel Donald McGahn, the firings of former White House national security advisor Michael Flynn and former FBI Director James Comey, and possible pardons for Trump associates who pleaded guilty to crimes stemming from the probe.

They have issued subpoenas and Nadler’s committee has voted to recommend a contempt of Congress charge against Attorney General William Barr for refusing to give lawmakers the unredacted Mueller report and underlying evidence.

Treasury Secretary Steven Mnuchin said on Wednesday that he expects a House tax committee subpoena for Trump’s tax returns to end in a court fight, suggesting he will not provide the documents by a Friday deadline.

A House Intelligence Committee deadline for its subpoena seeking the unredacted Mueller report and related material arrived on Wednesday and was expected to pass unmet, a congressional source said. The Justice Department did not immediately respond to a request for comment.

Trump has sued to block a congressional subpoena for financial records from his accounting firm, while the White House has directed McGahn not to cooperate with a Judiciary Committee subpoena for records.

Democrats are now considering contempt resolutions against other top administration officials and plan to vote on them, possibly all at once, and perhaps in June.

“We don’t want to do it just individually,” said No. 2 House Democrat Steny Hoyer. The administration “cannot be allowed to simply say to the Congress ‘we’re not going to answer your questions, we’re not going to give you documentation,'” he added.

Twenty House Democrats, including Nadler, are expected to participate in a public reading of the 448-page redacted Mueller report, beginning at noon on Thursday until sometime early on Friday, according to the Washington Post.

The Mueller report described numerous links between Trump’s 2016 presidential campaign and various Russians. But it found insufficient evidence to establish that the campaign engaged in a criminal conspiracy with Moscow. It also described numerous attempts by Trump to impede Mueller’s probe, but stopped short of declaring that the president committed a crime.