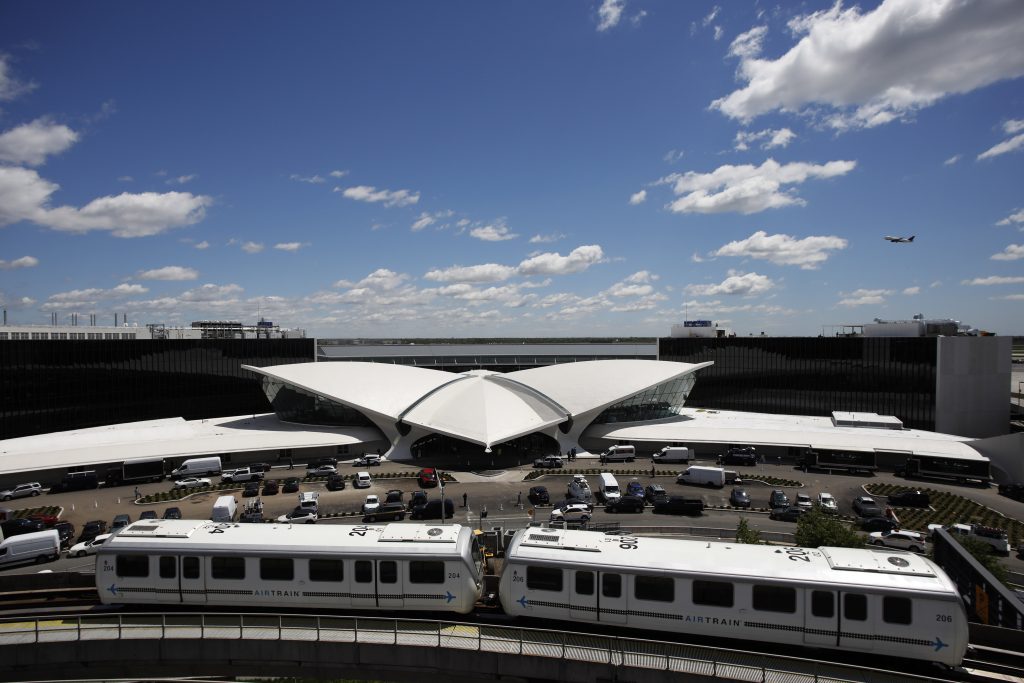 The famous winged TWA terminal at New York’s John F. Kennedy Airport came out of its decades-long retirement Wednesday with a new life as a luxury hotel.

“How beautiful is this?” said Gov. Andrew Cuomo, who was on hand for a ribbon cutting ceremony opening the $268 million project.

The Finnish architect Eero Saarinen didn’t have a hotel in mind when he designed the futuristic structure that opened in 1962.

Those were the heady jet-age days of the first space flights and President John F. Kennedy’s promise of a moon landing.

Now, developer Tyler Morse hopes the proximity to the tarmac will draw travelers who don’t want to fight nightmarish city traffic to catch their flights.

Guests will pay about $250 a night for that privilege in 512 rooms with noise-dampening windows adjacent to JFK’s Terminal 5.

For longer layovers, the hotel has six restaurants, including one operated by chef Jean-Georges Vongerichten. One of its eight bars is housed inside a vintage TWA aircraft Morse said was once purchased and used by South American drug dealers.

The hotel also features a 10,000 square-foot observation deck with a pool.

Kennedy is catching up with other international flight hubs that have hotels. Right now, most options are either a few budget accommodations in a few hotels in a neighborhood near the airport, or a very long train or cab ride all the way into the city center.

New York’s aging airport, which is itself undergoing a $13 billion renovation, was home to TWA until the airline went out of business in 2001 and was absorbed by American Airlines.