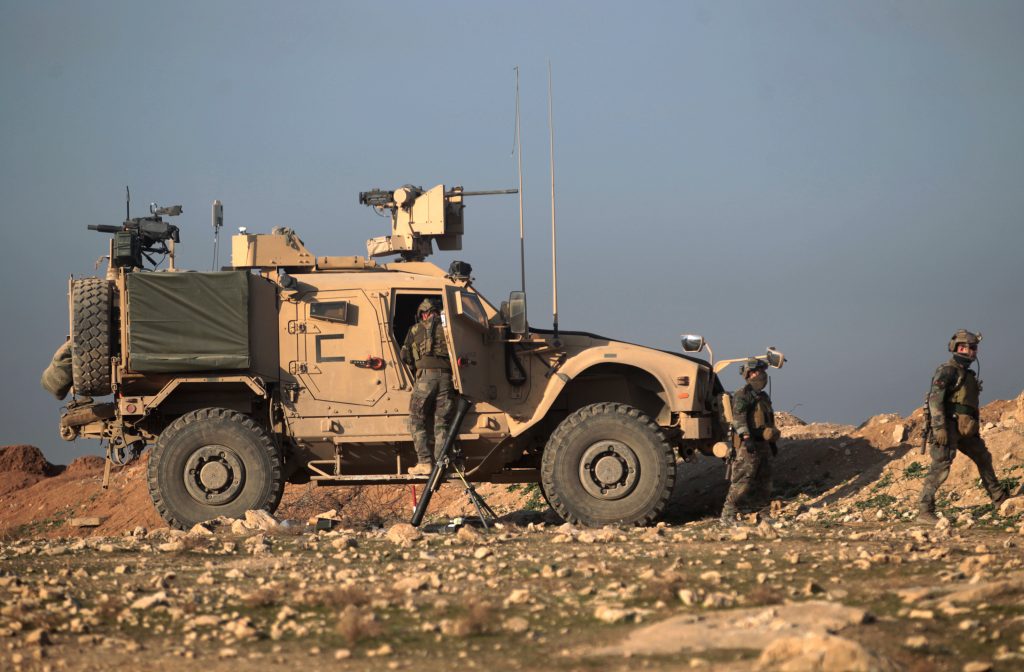 The U.S. military on Tuesday reaffirmed its concerns about possible imminent threats from Iranian-backed forces to its troops in Iraq, who were now at a high level of alert.

Earlier in the day, a senior British commander in the U.S.-led coalition fighting Islamic State remnants in Iraq and Syria said there had been no increase in the threat from Iran-backed militia.

Iran says the U.S. is waging “psychological warfare” and a senior Iranian Revolutionary Guards commander has said Iran would retaliate against any aggressive U.S. moves. Iranian Supreme Leader Ayatollah Ali Khamenei said on Tuesday Tehran does not seek war with the United States despite mounting tensions over U.S. sanctions, Iranian nuclear capabilities and its missile program.

The U.S. military’s Central Command offered a clarifying statement after the remarks by Ghika, the coalition’s deputy commander for strategy and information.

“Recent comments from (the coalition’s) Deputy Commander run counter to the identified credible threats available to intelligence from U.S. and allies regarding Iranian backed forces in the region,” said Navy Captain Bill Urban, a spokesman at the U.S. military’s Central Command.

Urban said the coalition, which also operates in Syria, had increased its “force posture level” – terminology that can often refer to the alert levels meant to safeguard troops.

“(Operation Inherent Resolve) is now at a high level of alert as we continue to closely monitor credible and possibly imminent threats to U.S.forces in Iraq,” Urban said, referring to the coalition’s mission against Islamic State terrorists.

Ghika was initially unequivocal when he asserted that there was no new threat from Iran.

“No, there has been no increased threat from Iranian-backed forces in Iraq and Syria. We are aware of their presence clearly and we monitor them along with a whole range of others because that is the environment we are in,” Ghika said initially.

He later declined to reaffirm that statement, when pressed by reporters.

The United States has sent an aircraft carrier, B-52 bombers and Patriot missiles to the Middle East in a show of force against what U.S. officials have said is a threat to U.S. troops and interests in the region.