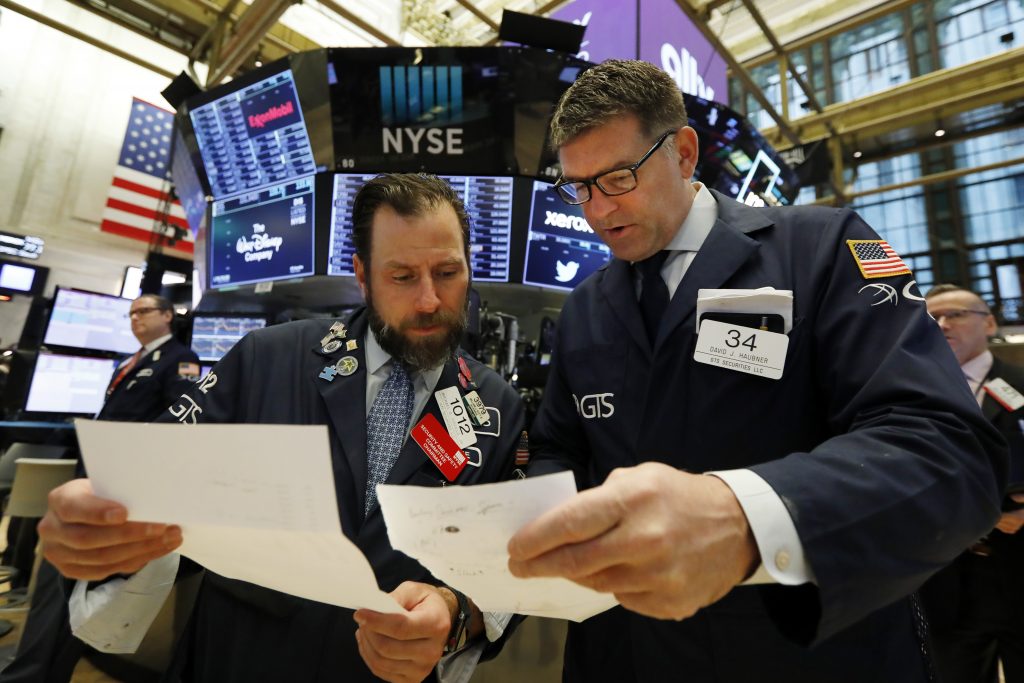 Stocks regained some ground in afternoon trading Tuesday following a nosedive at the start of the week as the U.S. and China escalate their trade war.

Investors have been dealing with creeping uncertainty since last week after President Donald Trump’s decision to raise tariffs on Chinese goods. China responded by raising its own tariffs, and the U.S. is considering expanding tariffs again to cover all imported Chinese goods.

The escalation surprised investors who had expected a deal sooner rather than later. They now have to expect much more volatility as the world’s largest economies head toward a full-blown trade war that could threaten economic growth.

Technology stocks, which would stand to suffer heavily in a prolonged trade war, led the market higher after taking a beating the day before. Qualcomm and Cisco both rose, along with Oracle, Adobe and others.

Utilities, a safe-play sector that investors favor when they’re feeling fearful, was the only sector to fall. A day earlier, they were the only winner in the market.

The market has essentially flipped from caution and fear to optimism over the course of a day. Investors are buying more risk-heavy holdings, such as technology stocks. An index known as Wall Street’s “fear gauge,” which measures how much volatility the market expects in the future, fell 13.2%. That marks a sharp turnaround from spiking 28.1 % on Monday.

INVESTORS’ TAKE: The market is looking for a “place of equilibrium” following Monday’s rout amid lingering anxiety over international trade, according to Mark Hackett, chief of investment research for Nationwide Investment Management.

“My skepticism is that there’s really not a lot of news driving the rally,” he said. “It feels like an attempted recovery that may not have legs.”

Investors are essentially just cautiously waiting for any further developments in the trade dispute between the U.S. and China.

“We’re not counting on a full resolution,” said John Lynch, chief investment strategist at LPL Financial. “But, we’re looking for a path to progress.”

MOUSE HOUSE EXPANSION: Disney rose 2.2%. The deal the entertainment giant struck with Comcast can give Disney full ownership of Hulu as of 2024. Disney and other media companies have been making big efforts to get into video streaming in order to meet the challenge posed by Netflix. Comcast rose 2.1%.

HOLES IN THE FABRIC: Ralph Lauren fell 5.2% after investors focused on a drop in revenue from the upscale clothing company’s key market in North America. The downturn in regional sales helped weigh down overall revenue, though profit and revenue still beat analyst forecasts for the quarter.