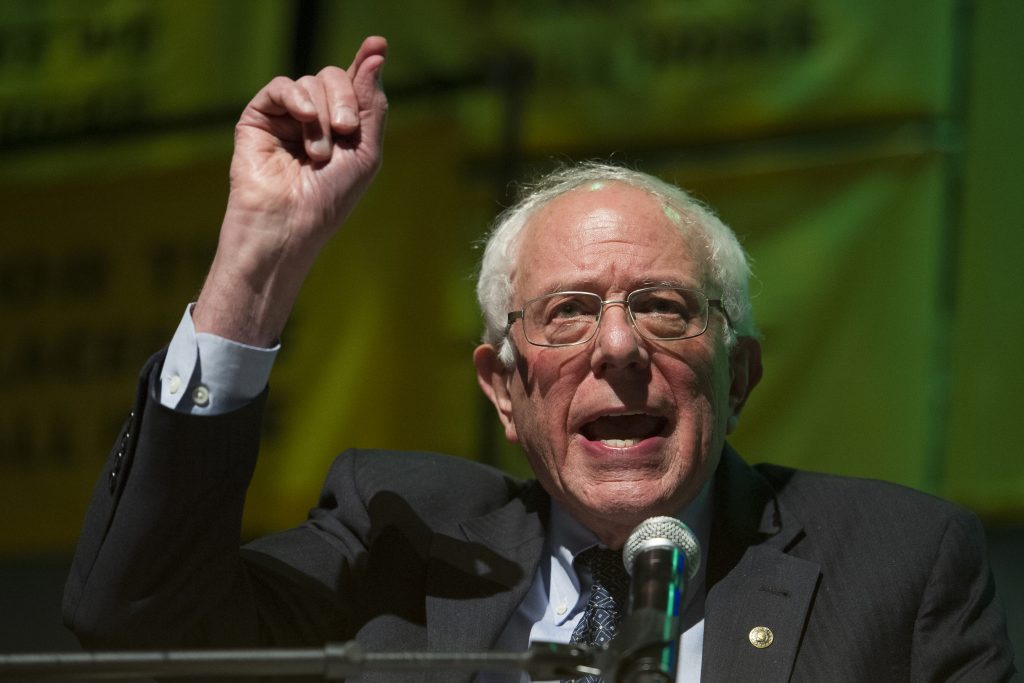 Democrats from Congress to the 2020 presidential campaign trail on Monday demanded that Republicans apologize to Rep. Rashida Tlaib for mischaracterizing her remarks about the Holocaust in the latest uproar over Muslim House members and their remarks about Israel.

The Michigan Democrat told a Yahoo News podcast over the weekend that she gets “a calming feeling” when she thinks of “the tragedy of the Holocaust,” the suffering of her Palestinian ancestors and the new state of Israel. The remark instantly ignited an online fight, with Republicans describing Tlaib’s words as reflecting her feelings about the genocide itself that cost millions of lives, including those of 6 million Jews. Before the day was out, progressive allies key to Democrats’ hopes for election gains in 2020 were fundraising off the notion that Republicans had used the Holocaust for a “cheap, racist” and “political” attack.

But the blowback against the GOP came from the top of Democratic ranks.

Added Vermont Sen. Bernie Sanders, a White House hopeful: “Mr. President: Stop dividing the American people up by their religion, their race or their country of origin–and stop your ugly attacks against Muslim women in Congress. You are taking Rep. @RashidaTlaib’s comments out of context and should apologize.”

The issue had its roots in Tlaib’s remarks on a Yahoo News podcast, in which she was asked about her backing of a one-state solution to the conflict over Israel. She replied by noting the U.S. recently commemorated Holocaust Remembrance Day.

“There’s a kind of a calming feeling, I always tell folks, when I think of the Holocaust and the tragedy of the Holocaust, and the fact that it was my ancestors — Palestinians — who lost their land, and some lost their lives, their livelihood, their human dignity, their existence, in many ways, had been wiped out,” Tlaib, one of the first Muslims to serve in Congress, said around the halfway point in the 55-minute podcast dated Friday. “I mean, just all of it was in the name of trying to create a safe haven for Jews, post-the Holocaust, post-the tragedy and horrific persecution of Jews across the world at that time.”

She continued: “I love the fact that it was my ancestors that provided that, right, in many ways. But they did it in a way that took their human dignity away, right? And it was forced on them. And so, when I think about one-state, I think about the fact that, why couldn’t we do it in a better way?”

Republicans pounced on a two-word phrase from that statement — “calming feeling” — and suggested they described Tlaib’s feelings about the Holocaust itself. And that, they argued, is part of a pattern of anti-Semitism on which Pelosi and other Democratic leaders should clamp down.

“All of us, regardless of party, must stand as Americans against the evil of anti-Semitism,” Cheney, R-Wyo., said in a statement. “If the Democratic leadership continues to stand by in silence, they are enabling the spread of evil.”

Democrats, who earlier this year rebuked Rep. Ilhan Omar of Minnesota for her words questioning Israel’s influence in Washington, sharply disputed that Tlaib’s comments were bigoted. Progressive groups fired out tweets and an email noting that Cheney is considering a run for Senate next year. MoveOn.org slammed Cheney, Trump and House Republican Whip Steve Scalise for trying to “politicize the Holocaust.”

“Please help her fight back and keep this bold progressive fighter in Congress. Donate $3 to Rashida’s campaign today,” wrote the Progressive Change Campaign Committee in an email to what it said were nearly 1 million members.

“If you read Rep. Tlaib’s comments, it is clear that President Trump and Congressional Republicans are taking them out of context,” said House Majority Leader Steny Hoyer of Maryland. “They must stop, and they owe her an apology.”

“Obviously I don’t think that she hates Israel or hates Jews,” said Rep. Dan Kildee, D-Michigan, on Fox News. “She’s not a hateful person. She’s not a bigoted person.”

Tlaib shot back in a tweet and a statement that Republicans were twisting her words.

“Policing my words, twisting & turning them to ignite vile attacks on me will not work,” she said. “All of you who are trying to silence me will fail miserably. I will never allow you to take my words out of context to push your racist and hateful agenda. The truth will always win.”