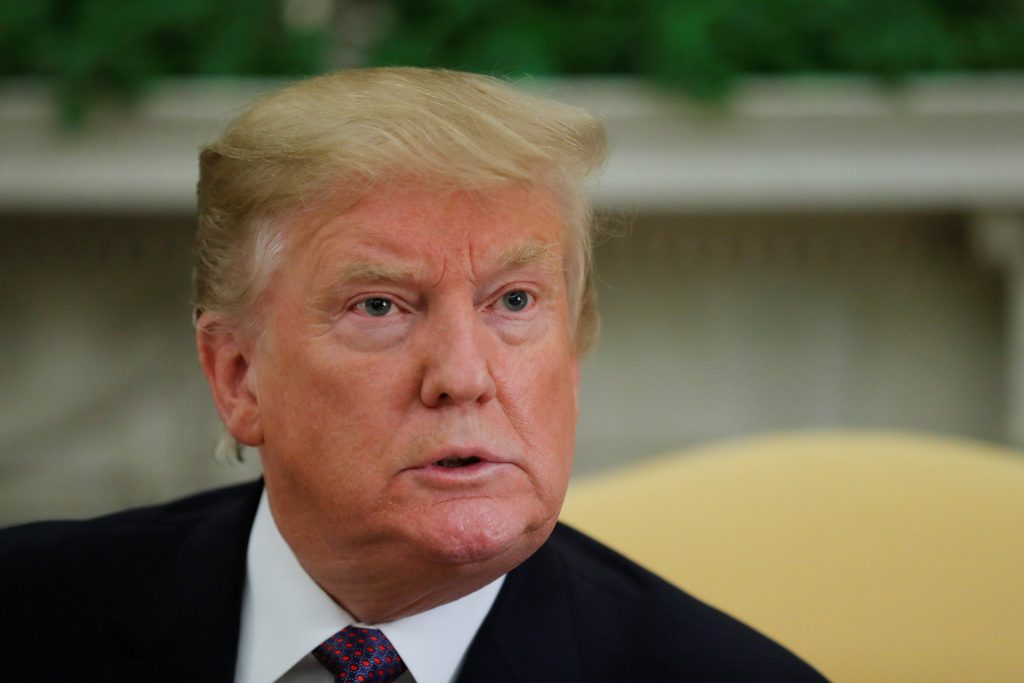 President Donald Trump on Monday vowed to reject any dirt on his 2020 opponents that originates in a foreign country, just a week after his personal attorney canceled a trip to Ukraine allegedly to search for just that.

Trump also threatened to slap tariffs on even more Chinese-made goods as the two economic powerhouses barreled toward a full-scale trade war as markets around the globe dropped significantly.

“Well, I never did use (it). As you probably know, that’s what the Mueller report was all about. They said, ‘No collusion,'” Trump told reporters. “And I would certainly agree to that. I don’t need it. All I need is the opponents that I’m looking at. I’m liking what I see.”

One of Trump’s personal lawyers, former New York Mayor Rudolph Giuliani, told The New York Times last week he planned to travel to Ukraine to speak with the country’s president-elect about re-starting a probe into a company there with ties to Hunter Biden, the former vice president’s son. Giuliani also said he would look into whether Democrats worked with Ukraine in any way to prompt the FBI probe into Trump’s former campaign chairman, Paul Manafort.

During the 2016 campaign, Trump used part of a press conference to urge Russia to locate missing emails from a private server Democratic presidential nominee Hillary Clinton used as secretary of state under former President Barack Obama. And he frequently praised Wikileaks for releasing Clinton campaign and Democratic National Committee emails during the election.

Meantime, Trump refused to take a stance on whether his former White House counsel, Don McGahn, should be held in contempt of Congress if he or the White House opts against him testifying about Special Counsel Robert S. Mueller III’s Russia election meddling report.

“I don’t know anything about what’s going on. I can tell you that there has never been anybody so transparent as the Trump administration,” he said in the Oval Office alongside his Hungarian counterpart. “And it was no collusion, and no obstruction. And we’re wasting a lot of time with that stuff. But the Mueller report came out, and it was a very good report for us.”

President Donald Trump talks to reporters during a meeting with Hungary’s Prime Minister Viktor Orban in the Oval Office at the White House in Washington, U.S., May 13, 2019. REUTERS/Carlos Barria