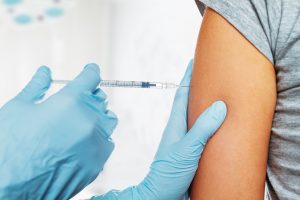 A yeshivah in Flushing, Queens, has been closed for failing to heed New York City Health Department orders related to the recent measles outbreak in the city.

The measles outbreak now has seen a total of 498 confirmed cases, including 32 confirmed since last week Tuesday, the last time the Health Department announced statistics. 399 of the cases were in Williamsburg, and 74 in Boro Park. Nearly all the cases have been in Brooklyn, and almost all those infected are either Orthodox Jews or have had contact with areas with known measles activity. The outbreak is believed to have begun from travelers to Israel and parts of Europe, which are suffering their own measles outbreak.

The Queens yeshivah was closed Monday for not abiding by an order of the Health Commissioner issued last Thursday to ban unvaccinated students for 21 days following a known exposure at the yeshivah. There have been five known measles cases in Queens, but this is the first known exposure at a Queens school.

Since the outbreak began in October, Williamsburg and Boro Park yeshivos have been required to ban all unvaccinated students, and have vaccination and attendance records available for Health department inspectors. Eight Williamsburg yeshivos have been closed for failing to comply with the order, either by allowing unvaccinated students or failing to keep records. All have since been allowed to reopen.

Last month, the de Blasio administration also began requiring that anyone who lives, works or goes to school in the Williamsburg zip codes 11205, 11206, 11211 or 11249 receive the measles-mumps-rubella (MMR) vaccine, show bloodwork proving immunity, or receive a $1,000 fine. Ninety-eight people have received summonses for failing to comply with this order, including 14 since last Tuesday.

“In order to prevent outbreaks in new areas of the City we need parents to get their children vaccinated and schools to exclude children who are not up-to-date with the measles vaccine,” said Health Commissioner Dr. Oxiris Barbot. “Exposures outside of the Williamsburg neighborhood have not resulted in sustained transmission because of relatively high levels of vaccination in affected communities. Maximizing the number of individuals up-to-date with their measles vaccine is the best way to protect our communities.”