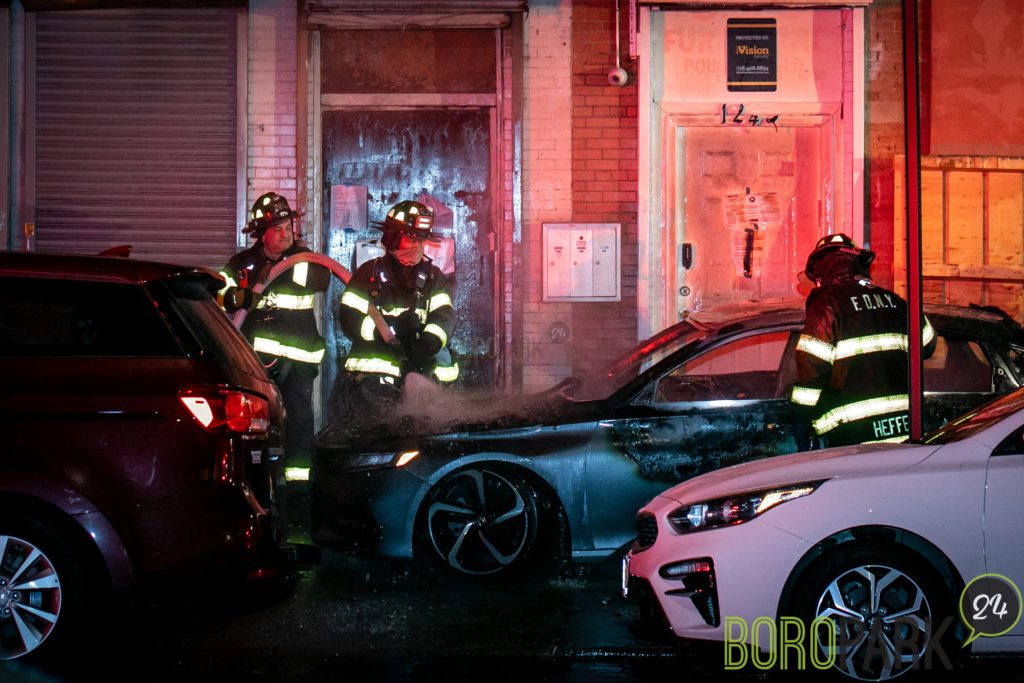 A person has died after his car burst into flames early Monday morning in Boro Park.

The incident occurred on the corner of 39th Street and 12th Avenue at approximately 3:00 a.m. Firefighters had the fire under control within 10 minutes.

The NYPD and Fire Marshals were at the scene investigating the cause of the fire.