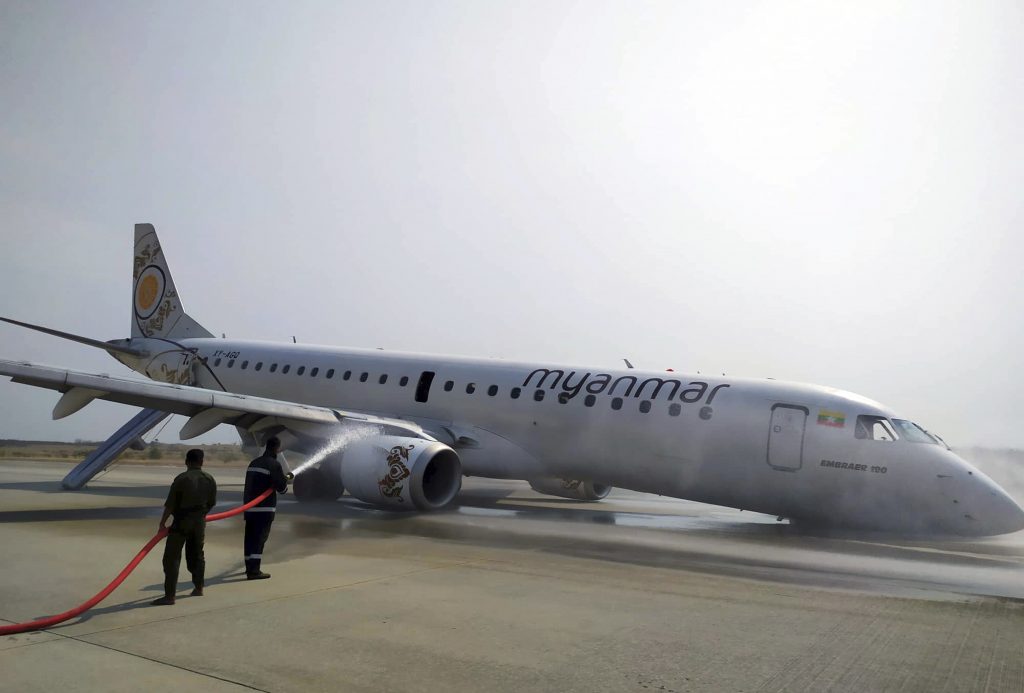 A Myanmar National Airlines plane made an emergency landing at Mandalay International Airport on Sunday, using only its rear wheels after the front landing gear failed to deploy.

All 82 passengers and seven crew members aboard Flight UB103 from Yangon were declared safe after the Brazilian-made Embraer 190-LR touched down on its rear sets of wheels before the plane’s nose tilted down to scrape the runway, sending off a shower of sparks as it slowed to a stop.

Kyaw San, a spokesman for the airport, said the pilot informed the control tower before landing that he was unable to pull down the nose wheels.