Israel Greenblatt: Trump ME Deal Won’t Be Revealed Until After Shavuos
Israel 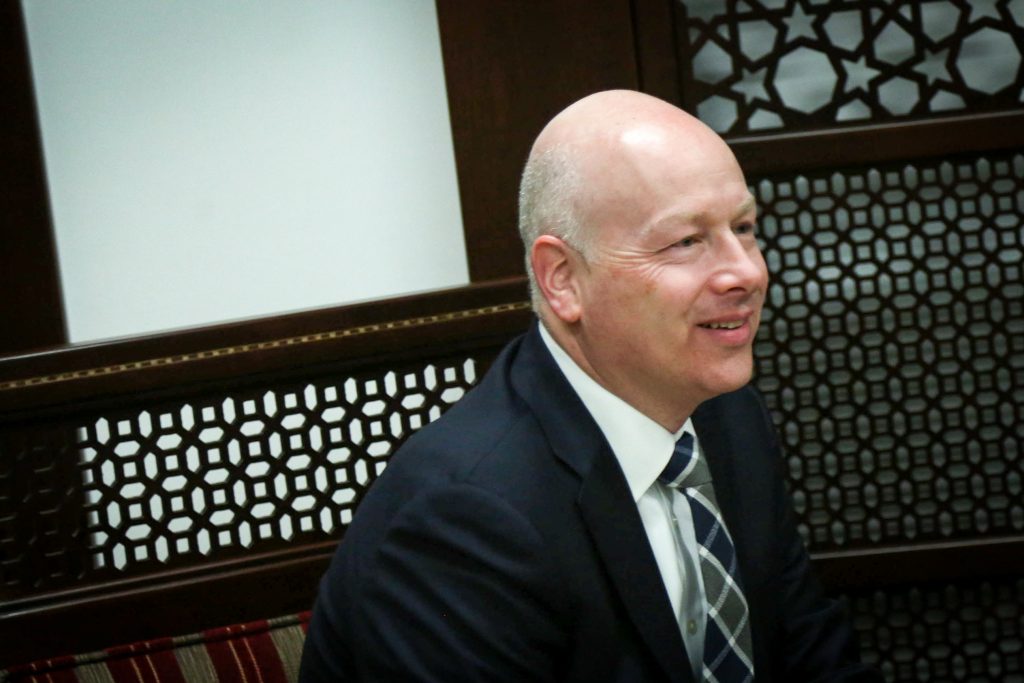 The “deal of the century” peace plan authored by the U.S. administration will not be revealed until mid-June at the earliest – after the upcoming Yom Tov of Shavuos. The date was named by U.S. envoy to the Middle East Jason Greenblatt in a weekend interview with Fox News.

Revelations of the plan, about which many rumors have been circulating for months, has been postponed several times, with the most recent proclaimed date after the recent Israeli election. Few details have been revealed about the plan, and in the interview, Greenblatt held to that stance. With that, he said regardless of the content of the plan, “the Trump administration won’t compromise on Israel’s security.”

The plan has been rejected outright in advance by the Palestinian Authority, which has said that it will refuse to even discuss it unless all its demands – a Palestinian state based on the 1948 armistice lines with its capital in Yerushalayim and arrangements for the transfer of millions of Arabs into Israel – are in the plan. Greenblatt said that the PA was making a mistake, and that he hoped the Palestinians would have an opportunity to decide for themselves if the plan was a positive one.

“It’s terribly frustrating for ordinary Palestinians. I meet with them frequently, and this is the message they tell me. They understand they may not like aspects of the plan but are upset that their leaders are saying they won’t even take a look at it. I feel terrible for the Palestinian people,” Greenblatt said.