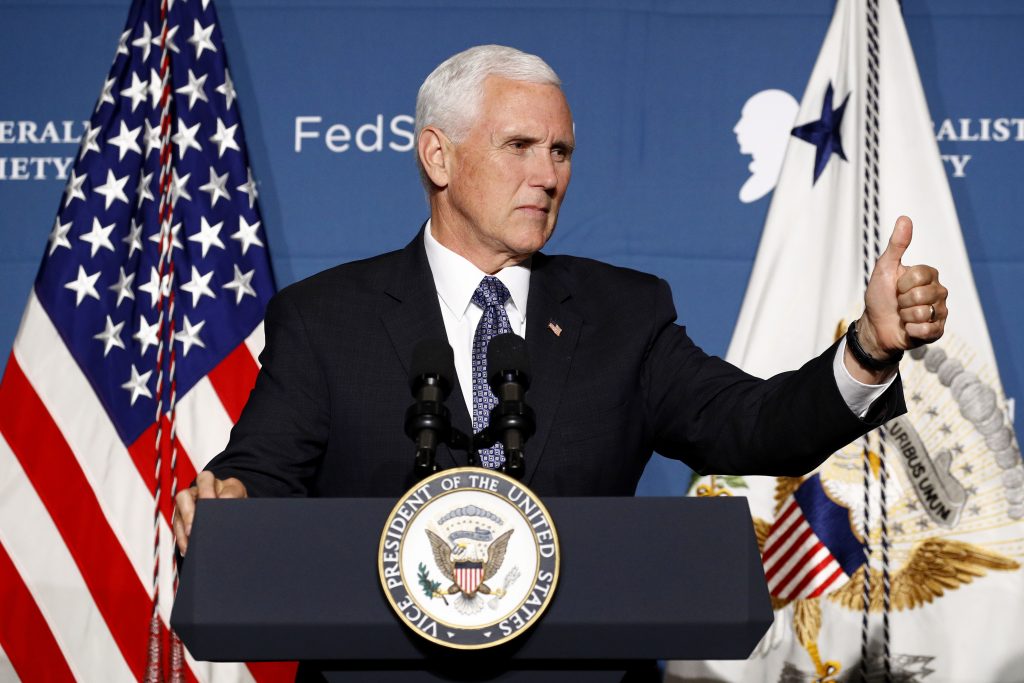 In an interview with FOX News on Friday, Vice President Pence renewed his calls for the removal of Congresswoman Ilhan Omar (D-Minn.) from the House Foreign Affairs Committee due to her comments about Israel and Venezuela.

“Ilhan Omar has made statements, anti-Semitic comments against our most cherished ally, Israel, that ought to be rejected by every American,” Pence said in his interview. “And frankly the fact that very recently, she’s been trying to blame the United States of America for the deprivation and the poverty brought on by the dictatorship in Venezuela tells me … Congresswoman Ilhan Omar has no place on the House Foreign Affairs Committee and the Democratic leadership ought to remove her,” he added.

Omar drew Republicans’ criticism when earlier this month she partly blamed U.S. policies for the ongoing humanitarian crisis in Venezuela.

“A lot of the policies that we have put in place has kind of helped lead the devastation in Venezuela,” the Minnesota Democrat told the”Democracy Now!” news program. “This particular bullying and the use of sanctions to eventually intervene and make regime change really does not help the people of countries like Venezuela, and it certainly does not help and is not in the interest of the United States.”

Venezuela is currently undergoing severe food and medicine shortage its economy continues to crumble due to sanctions against President Nicolás Maduro during his protracted leadership dispute with opposition leader Juan Guaidó, whom the U.S. and other countries recognize as Venezuela’s rightful interim president.

“As Venezuelans take to the streets to stand for their freedom against an oppressive dictator, Democrat Congresswoman @IlhanMN chooses socialism over freedom,” Pence tweeted. “The Trump Administration stands with the freedom-loving people of Venezuela.”