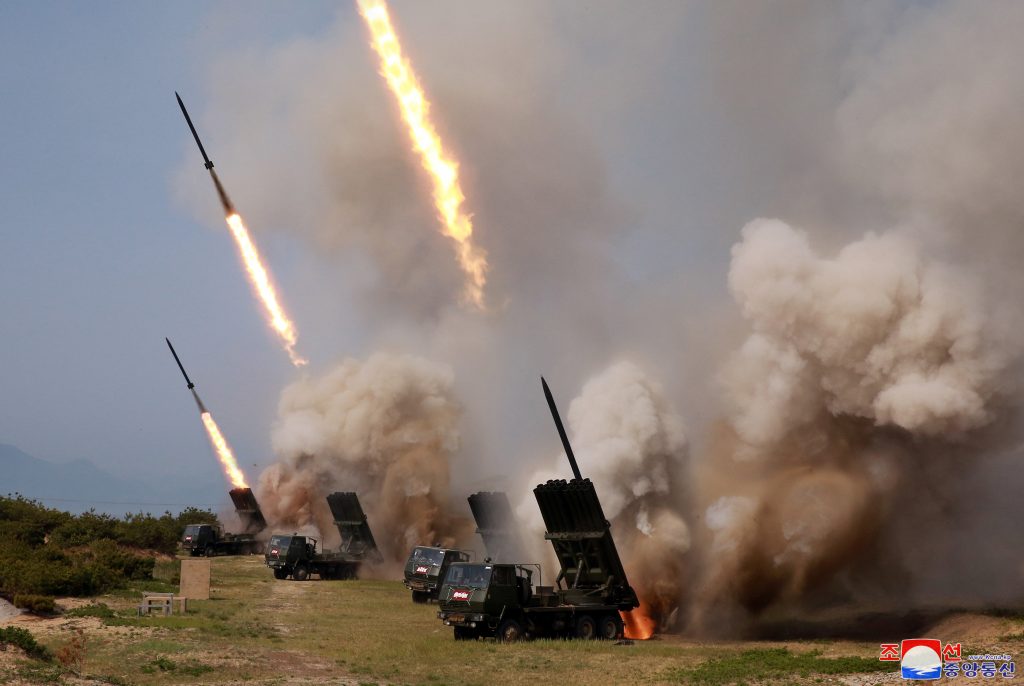 President Donald Trump said on Friday he does not consider North Korea‘s recent launch of short-range ballistic missiles “a breach of trust.”

In an interview with Politico, Trump downplayed the missile tests by North Korea, calling them “very standard stuff.”

“They’re short-range and I don’t consider that a breach of trust at all. And, you know, at some point I may. But at this point no,” Trump told Politico.

North Korea fired two short-range missiles on Thursday, its second such test in less than a week.

Trump said he might eventually lose faith in his friendly relationship with North Korean leader Kim Jong Un, which he has previously described as “very strong.”

“I mean it’s possible that at some point I will, but right now not at all,” Trump said.

On Thursday, Trump appeared to hold the door open for more talks with North Korea.

“The relationship continues … I know they want to negotiate, they’re talking about negotiating. But I don’t think they’re ready to negotiate,” he told reporters.

The Pentagon said Thursday’s launches consisted of multiple ballistic missiles that flew in excess of 300 km (185 miles) and landed in the ocean.