Teen Charged With Hate Crime for Assault on Jew in Williamsburg

A 16-year-old boy has been arrested and charged with a hate crime for assaulting a Jewish man in Williamsburg last week.

The attack occurred last week Tuesday, at 7:00 p.m., at the corner of Marcy Avenue and Rodney Street. Surveillance video shows a 39-year-old Jewish man walking down the street when a teen comes up behind him and wordlessly punches him in the head, then flees. The man stumbled and fell against the wall of a building, and his hat and yarmulke were knocked off. He was treated at the scene by EMT’s for pain to his head and face, ringing in his ear and a small bruise on his left hand, the NYPD said.

On Wednesday morning, the NYPD arrested a 16-year-old suspect, charging him with assault as hate crime, aggravated harassment, and harassment.

There have been several apparently random attacks on Jews in Williamsburg recently. The Shabbos before this incident, a Jewish man was punched in the face on Broadway near Middleton Street. 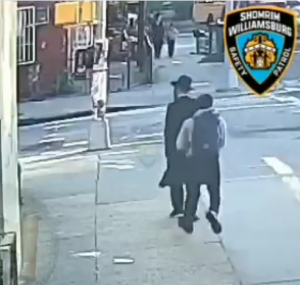 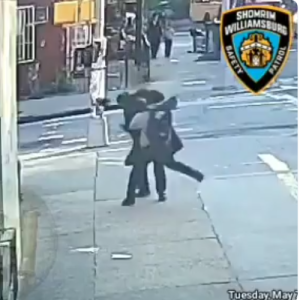 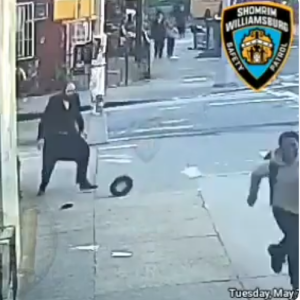