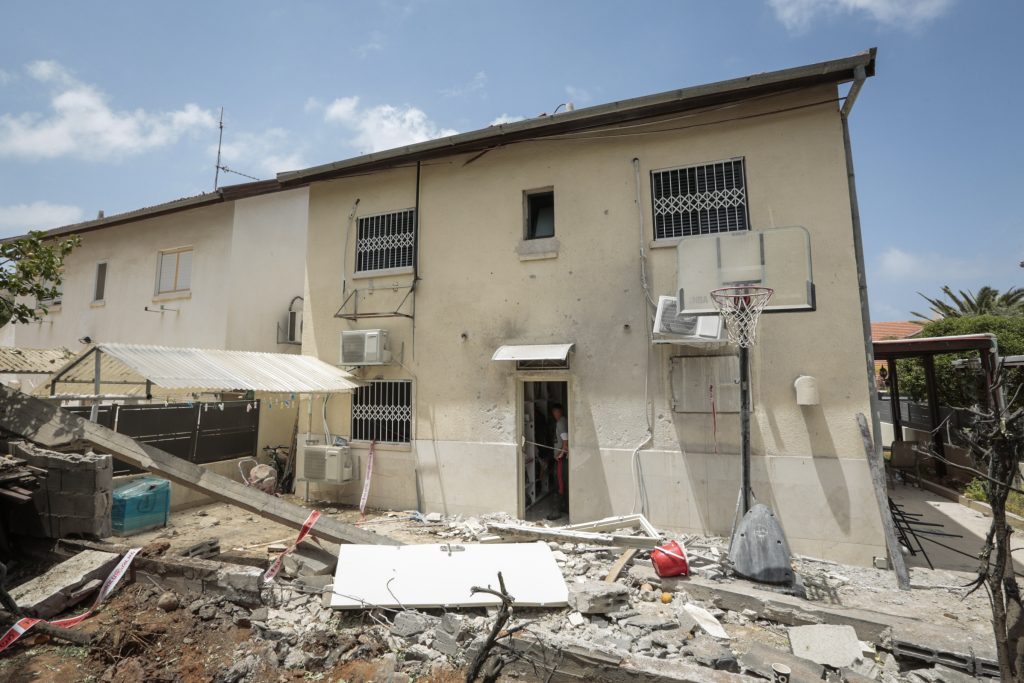 Israel Independence Day, which begins Wednesday night, was a motivation for the quick agreement by Israel and Gaza terror groups to a cessation of hostilities – according to Ziad Nahaleh, a top terrorist in Islamic Jihad. Channel 20 quoted Nahaleh as telling a Lebanese media outlet Tuesday that the round of fighting between Israel and the Gaza terror groups over the weekend was just a prelude to a more serious round, which he expects will take place in the summer.

And in that round, it will not be southern Israel that will be targeted – but Tel Aviv. “Our targets will now be in the large cities. We are not afraid of the Zionist enemy. During this round we defeated the occupying army, and we will do that again.” Islamic Jihad would have continued “defeating” the IDF, if not for the pressure to agree to a ceasefire by Egypt and the United States.

And the reason for that pressure, he said, was because of the events in Israel this week – Memorial Day and Independence Day. “The Israelis were in a dilemma,” he said, adding that the terror group agreed to stop its attacks because of the concessions Israel made – promising to free terrorists, allowing the transfer of Qatari funds to Hamas, opening crossings, expanding the area where Gaza fisherman can operate, and opening discussions on the establishment of a Gaza seaport and airport. Israel, he said, also promised Egypt that it would “remove the blockade on Gaza. Israel has not fulfilled its promise, and we are dealing with that.”

Islamic Jihad will continue its attacks on Israel, stressing that there were a number of upcoming days in which the terror group would significantly increase its efforts. Those days include Nakba Day (May 15th, the secular date marking the establishment of Israel), the date that the United States opened its embassy in Yerushalayim (May 14th), and the “regular” Friday riots. “If any of our people are killed in these events we will respond as we have a right to. We will target the soldiers of the enemy, and fire rockets at Tel Aviv.”

Between Friday night, when the latest round of fighting commenced, and the start of what is essentially a ceasefire, Gaza terrorists fired some 700 rockets at Israel. 240 of them were shot down by Iron Dome defense missiles, with the majority of the others falling in open areas. The IDF hit over 350 “high quality” targets in Gaza, the army said. Four Israelis were killed: Reb Pinchas Menachem Pshevesman, Hy”d, of Ashdod; Moshe Feder, Hy”d, whose vehicle was hit by a rocket; Moshe Agadi, Hy”d, who was killed outside his house in Ashkelon; and a Bedouin community member, Zayad Alhamada, who was killed when a Hamas rocket hit an Ashkelon factory.

Israel hit over 350 targets in Gaza, the IDF said. According to Hamas, 130 buildings in Gaza were completely leveled, and 700 others sustained various levels of damage, with likely tens of millions of dollars needed to rebuild. The terror group said that the Israeli attacks had left “hundreds” of families homeless. Humanitarian groups in Gaza said that in just two days, Israel did as much damage to Gaza as during the entire course of Operation Protective Edge in 2014. Large parts of the Gaza electricity infrastructure had been damaged, the groups said.