Israel Sderot Mayor: We Need to Initiate, Not Respond
Israel 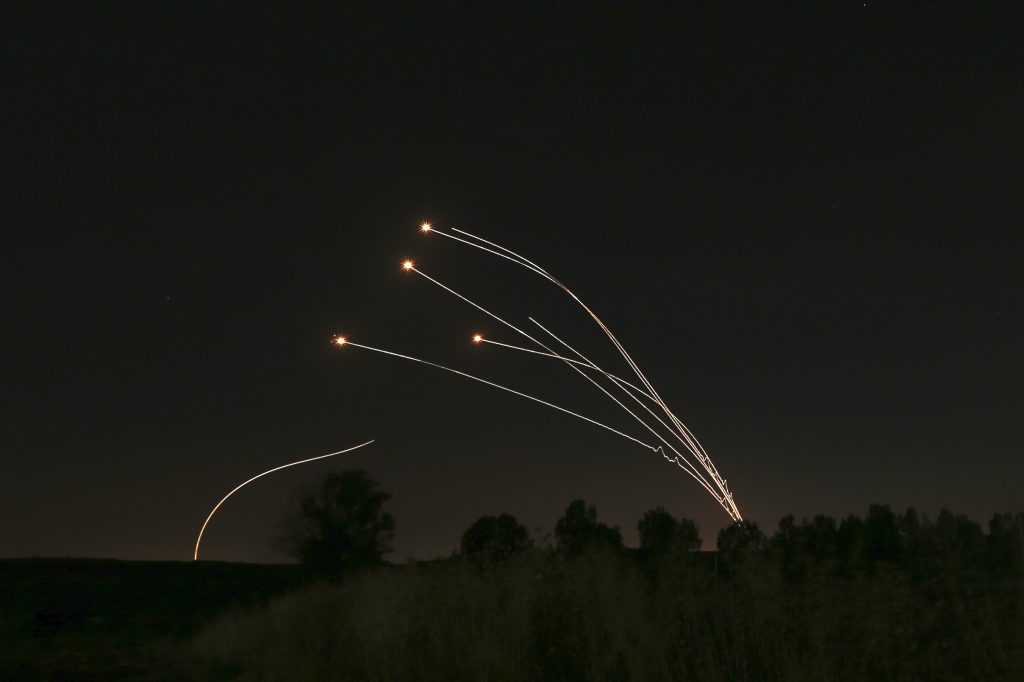 In an interview Tuesday, Sderot Mayor Alon Davidi expressed gratitude to the IDF for its efforts in defending residents of his city, but expressed disappointment in the arrangements that led to the end of the missile attacks on Israel, termed a cease-fire by Hamas.

Speaking to Channel 13, Davidi said that Israel’s mistake was in waiting to be attacked in order to take action against Gaza terror groups. “We must not just respond – we must initiate action,” he said.

The understandings that led to the cessation of rocket attacks by Gaza terrorists and Israeli responses that hit hundreds of terror targets in Gaza went into effect early Monday morning. Between Friday night, when the latest round of fighting commenced, and the start of what is essentially a cease-fire, Gaza terrorists fired some 700 rockets at Israel. 240 of them were shot down by Iron Dome defense missiles, with the majority of the others falling in open areas.

The IDF hit over 350 “high quality” targets in Gaza, the army said.

Four Israelis were killed: Reb Pinchas Menachem Pshevesman, H”yd, of Ashdod; Moshe Feder, H”yd, whose vehicle was hit by a rocket; Moshe Agadi, H”yd, who was killed outside his house in Ashkelon; and a Bedouin community member, Zayad Alhamada, who was killed when a Hamas rocket hit an Ashkelon factory.

The flare-up began Friday afternoon, after Islamic Jihad terrorists fired at a group of IDF soldiers patrolling along the Gaza border, injuring one of them moderately and one lightly. The IDF responded by attacking Islamic Jihad targets, and the terror group responded with rocket fire, with Hamas joining in as well.

Davidi said that the situation was complicated. “We see the true heroes here, the parents and children, and the adults who fight terror by remaining steadfast. We need to congratulate them for their steadfastness. We will continue to develop the city and the region, but we need to remember that the achievements we had in the 2014 war have now been upended.” The current situation of flareups followed by periods of quiet is unacceptable. “We need to strive for a long-term quiet. Only an in-depth operation like Operation Protective Edge will accomplish that,” Davidi said.

Israel also needed to act more aggressively against Hamas. “There was a long period in which we believe we had achieved deterrence, under former Chief of Staff Gadi Eisenkott, and the targeted assassinations and direct hits on buildings were halted,” Davidi said. “We are finally realizing this was a mistake and we are coming to an understanding that reality requires us to act differently. This entire round of fighting came about because we responded to a shooting incident by Islamic Jihad terrorists, and they responded to us. We need to initiate, not respond.”