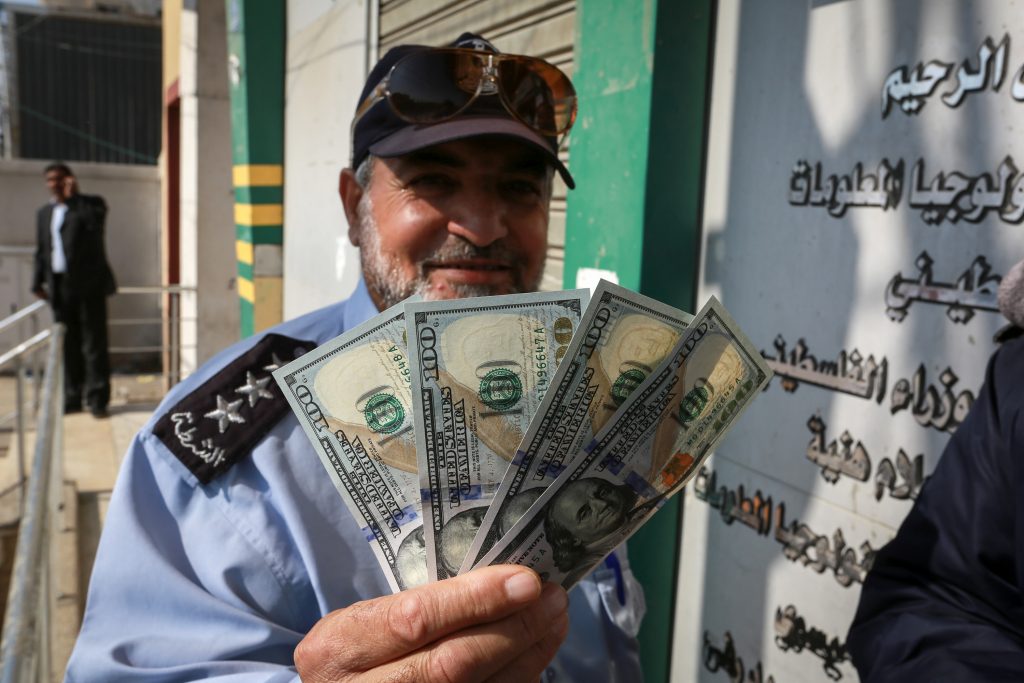 Both Hamas top terrorist Ismail Haniyeh and Palestinian Authority chief Mahmoud Abbas thanked Qatar Tuesday, after the Gulf kingdom announced it would supply Gaza with nearly half a billion dollars over the next year. Qatar head Tamim ibn Hamad al Th’ani announced early Tuesday that his country would donate $480 million over the next year to the PA for the “sustenance and rebuilding of Gaza.”

In the understandings that led to the cessation of Gaza rocket fire and Israeli retaliation against Gaza terror targets, Israel reportedly promised not to interfere with the transfer of funds to Hamas, and the first payment is set to take place in the coming days. One of Hamas’s complaints in recent days has been that Israel has been trying to hold up the $30 million the terror group is supposed to get from Qatar.

Rafi Peretz, chairman of the United Right List, said that if Hamas wanted the money, Israel needed to insist that it release the Israelis it is holding. “The Qatari money should be transferred on the condition that our sons come home. The cynical effort to take advantage of the difficult humanitarian situation in Gaza must not continue. Hamas must be made to understand that holding on to our soldiers is a liability, not an asset,” he said.