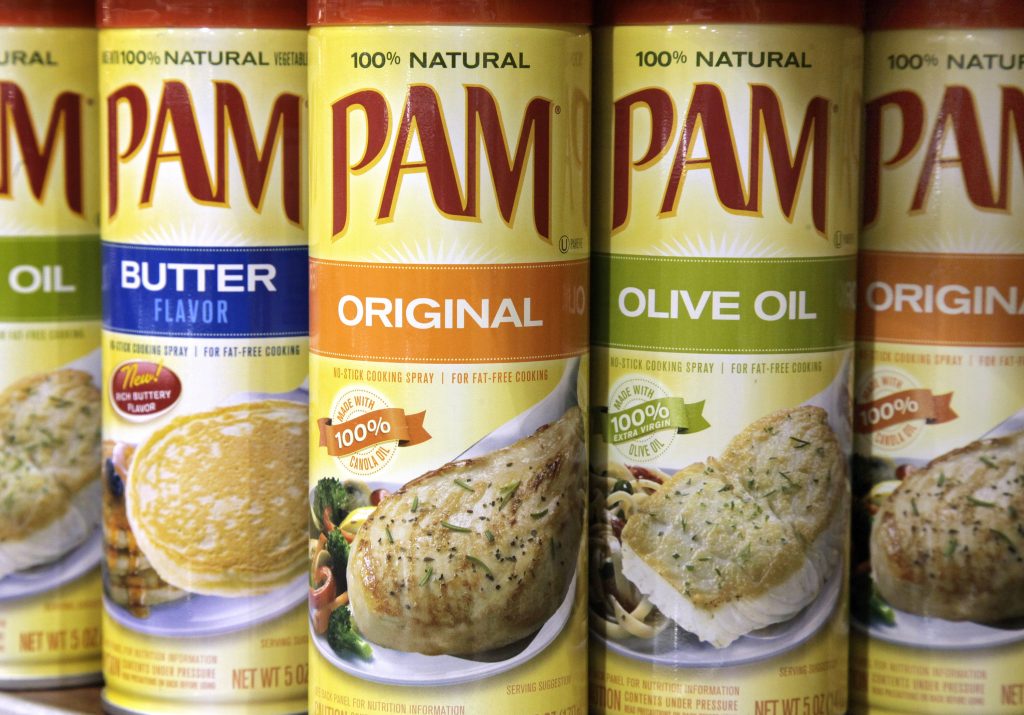 Eight burn victims sued the maker of Pam cooking spray Tuesday, saying they were severely injured when cans of the spray exploded in their kitchens.

The plaintiffs’ attorney, J. Craig Smith, says larger cans of Pam and similar cooking sprays made by Conagra Brands have a faulty, U-shaped vent system on the bottom that makes them prone to explosion. In one case, a victim said the fire was so intense that it burned her contact onto her right eye, causing near-blindness.

Vented cans are 10 ounces or larger, not the 6-ounce variety usually sold at groceries. The bigger cans may be found at warehouse stores like Costco as well as Walmart and Amazon. One of the lawsuits was filed by a cook who was using Sysco-brand cooking spray at a restaurant in Texas.

Chicago-based Conagra says the vent system was used on a “limited” number of cans but was eliminated during a product redesign earlier this year. The redesign was not related to the lawsuits and was part of an effort to standardize the company’s cans, Conagra said.

Conagra says Pam and other cooking sprays have clear warning labels on the front and back telling consumers the product is flammable and should not be left on or near a stove or heat source. Cooking spray shouldn’t be stored above 120 degrees or sprayed near an open flame, the company said.

“When Pam is used correctly, as instructed, it is a 100% safe and effective product,” Conagra said in a statement. The company noted that it has been selling Pam for more than 50 years.

Jon Harris, Conagra’s senior vice president and head of corporate communications, said he couldn’t comment on the specifics of the lawsuits.

“We’re looking forward to our day in court,” Harris said.

Smith filed six separate lawsuits Tuesday in Cook County Circuit Court in Illinois. Two of the lawsuits represent couples who were injured while cooking together.

Smith has filed three previous lawsuits against Conagra on behalf of burn victims. Two are still in litigation. One was dismissed in January; a spokesman for Smith said he couldn’t comment on that case.

Several other cases have been filed against Conagra by burn victims, including one in Louisiana in 2017 and another in Ohio last year.