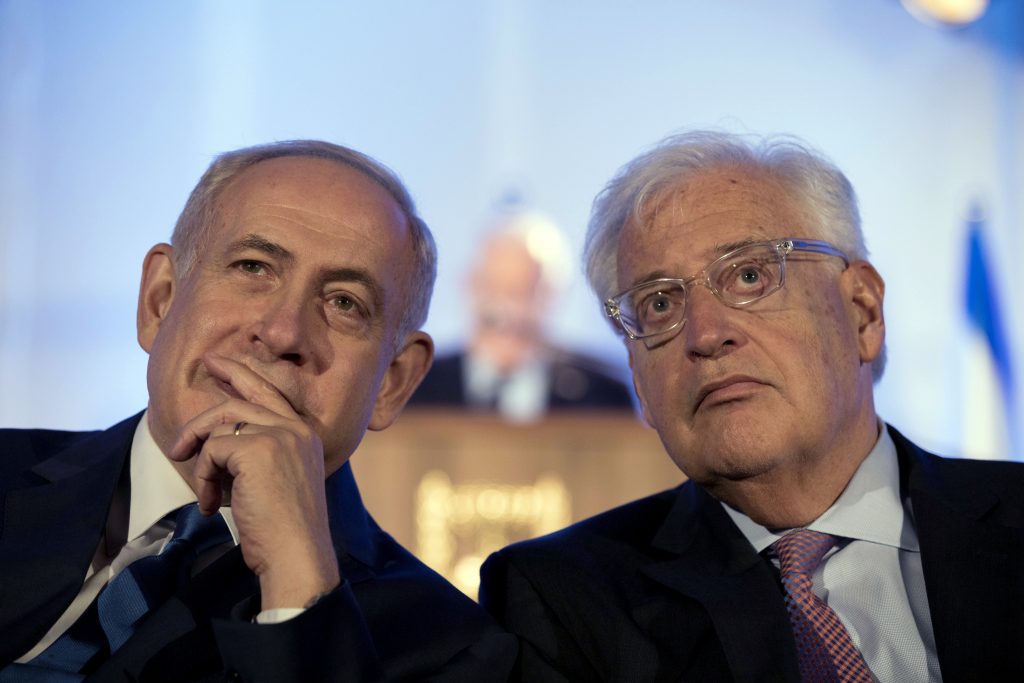 Prime Minister Binyamin Netanyahu met on Sunday evening with a delegation of U.S. ambassadors in Europe led by Ambassador to Israel David Friedman, and updated them about the security situation.

Netanyahu said that the Hamas terrorist organization was committing a double war crime by firing indiscriminately on civilians from among concentrations of civilians.

The delegation published the following joint statement expressing support for Israel in this time of crisis:

“Over the past 36 hours Israel has suffered from a barrage of over 600 rockets and mortars fired indiscriminately by terrorists in ‎Gaza. This barrage has come from civilian areas in Gaza and is aimed at civilian centers in Israel, demonstrating once again a cynical readiness to risk the lives and futures of the people of Gaza as well as those of the Israeli people.

“The sole aim of these terrorists is to kill, maim and terrorize citizens of Israel. These actions by Hamas and Islamic Jihad are simply unconscionable. No other nation on Earth would tolerate this.

“Can one imagine rockets falling on Washington, Berlin, Paris, Brussels, Bern or Lisbon today without an appropriately strong reaction?

“We affirm Israel’s right to defend itself and urge all nations to call these actions out for what they are – terrorism pure and simple.”

Gordon Sondland, US Ambassador to the EU

Richard Grenell, US Ambassador to Germany

Edward McMullen, US Ambassador to Switzerland