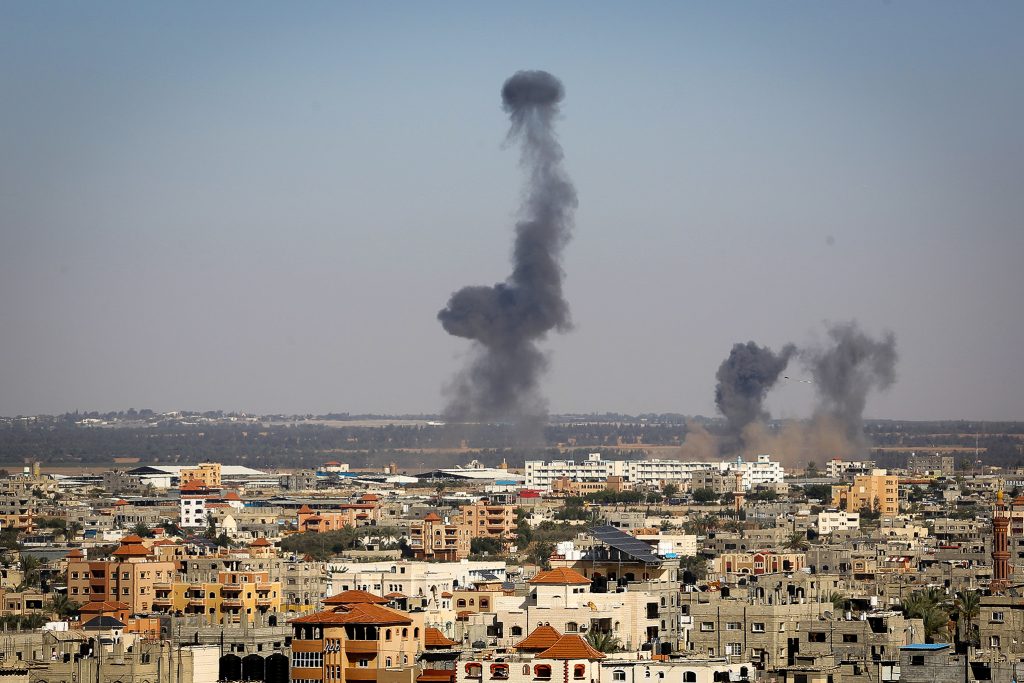 The Security Cabinet will meet Sunday to discuss Israel’s next move in the latest round of fighting with Hamas. Egypt was said to be brokering between Israel and the Gaza terror group, with Kan News quoting Egyptian officials as saying that the hours of Sunday morning were “critical” for the advancement of a possibility of a ceasefire. Israeli sources quoted by the channel said that there was “no chance” that Israel would agree to a ceasefire, especially after the death of an Israeli citizen by Gaza terror rockets. “We have at least one or two days of fighting ahead of us,” the source said.

Yediot Acharonot said that Prime Minister Binyamin Netanyahu had been reluctant to call a meeting of the Security Cabinet, concerned that it would provide an occasion for Naftali Bennett – who is still a member of the government – to criticize Netanyahu. Nevertheless, the meeting will take place, with Bennett and his New Right colleague, outgoing Justice Minister Ayelet Shaked, in attendance.

Israeli sources quoted by the newspaper placed the blame for the flare-up squarely on the shoulders of Hamas. “Islamic Jihad fired at IDF soldiers Friday, setting this off, and Hamas is being led by the nose by Islamic Jihad. Hamas is paying for their mistakes, so we are attacking them as well. Islamic Jihad is doing everything it can to cause an all-out war.” The sources also denied that Israel had tried to hold up the transfer of Qatari money to Hamas, which the terror group is supposed to receive Monday. All checkpoints into and out of Gaza are closed Sunday due to the attacks, but Yediot Acharonot reported that Israel was still allowing fuel into Gaza for the Strip’s power plant, out of “humanitarian” concerns.

Analysts on Channel 20 said that there were several reasons for the flare-up. Israel is this week celebrating Independence Day, and that is always a good opportunity for terrorist attacks against the “Zionist occupiers.” In addition, the Ramadan month begins Monday, and that has traditionally been an excuse for bigger terrorist attacks. Perhaps most importantly, the analysts said, was an upcoming international event, set to be held in Tel Aviv in two weeks. With hundreds of millions expected to tune in to the event, the terrorists are using the potential embarrassment to Israel as an opportunity to “shake down” the government for concessions.