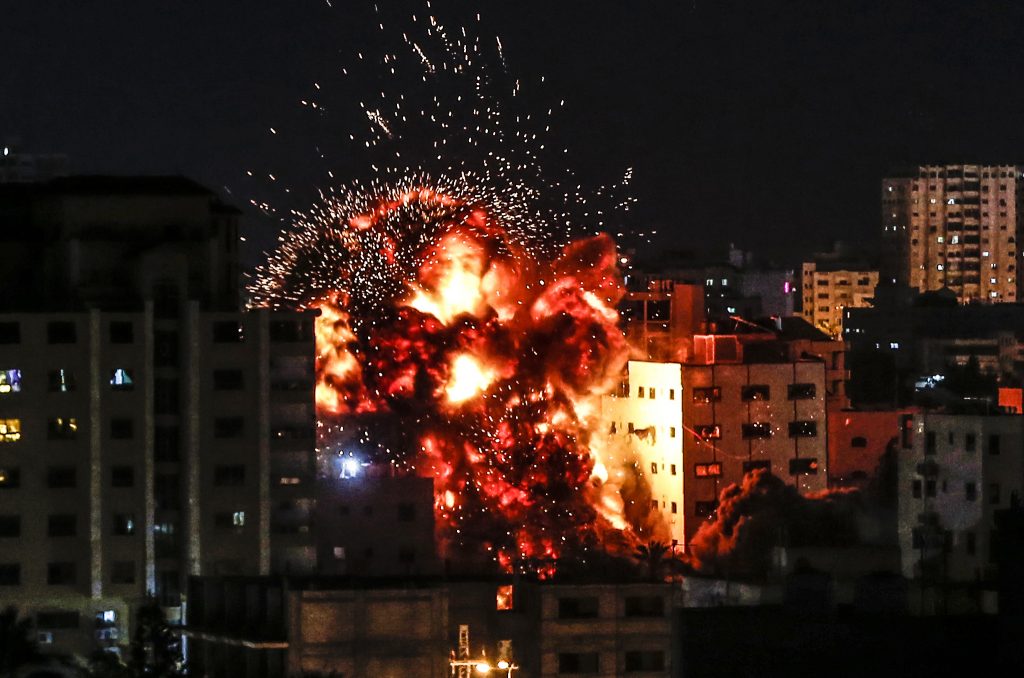 Israel’s Security Cabinet said on Sunday evening that it “has instructed the IDF to continue the strikes [on Gaza] and to prepare for continuation. The supreme consideration is the security of the state and its residents.”

The announcement came at approximately the same time as a heavy barrage of rockets fell on Ashdod, claiming the life of another Israeli, the fourth of the day. He was identified as Pinchas Menachem Pshevesman Hy’d, a 21-year-old chareidi man.

“Hamas uses this building for various operational activities, including the protection and concealment of terror infrastructure while abusing its location in the heart of a residential neighborhood,” the military stated.

Amid the deadly exchanges of fire and simultaneous truce talks in Cairo, Gaza terrorist leaders said late Sunday the current fighting could escalate into an all-out war with Israel.

In a statement issued by Islamic Jihad, they said they were ready for an “open confrontation” with Israel. It said that the continuation of Israeli military strikes “will be met with a similar and large-scale response” targeting all Israel.

In a separate statement, Islamic Jihad announced that six of its men were killed in Israeli military strikes in the past few hours.