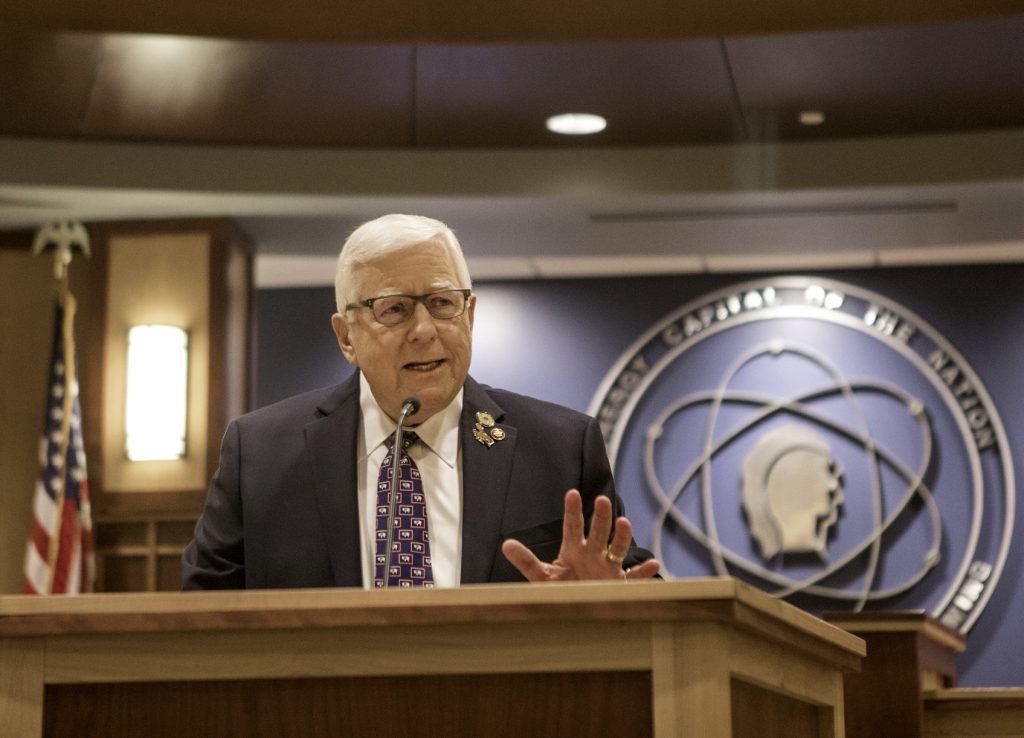 Wyoming Republican U.S. Sen. Mike Enzi announced Saturday that he will not run for a fifth term in 2020, costing the GOP a loyal conservative senator but likely not the seat.

Enzi, 75, announced his pending retirement in his hometown of Gillette, where he owned a shoe store and “never intended to get into politics.” But his election as mayor in 1974 was the start of a successful political career that led him to the Senate in 1996.

“I have much to get done in the next year and a half,” he said. “I want to focus on budget reform. I don’t want to be burdened by the distractions of another campaign. After this year, I’ll find other ways to serve.”

During his tenure in the Senate, Enzi has gained a reputation of being low-key and willing to work across party lines to produce results.

“I didn’t get into the Senate for the fancy titles,” Enzi, who is chairman of the Senate Budget Committee, said Saturday. “I like passing legislation.”

With Enzi’s retirement, Wyoming will have its first open Senate seat in more than a decade. It’s expected to remain in Republican hands. Wyoming hasn’t elected a Democrat to the Senate in over 40 years. The state’s other senator, Republican John Barrasso, easily won re-election last year.

U.S. Sen. Todd Young of Indiana, who is chairman of the National Republican Senatorial Committee, said in a statement that he’s confident Wyoming will elect “another Republican who will best represent the state’s values.”

Republicans currently hold a 53-47 Senate majority and Democrats are looking to flip a number of Republican seats to win a new majority in 2020.

Five years ago, she launched an ill-fated challenge against Enzi. She dropped out of the race before the primary after being labeled a carpetbagger for having moved to Wyoming from Virginia barely a year earlier. Still, she was elected to Congress in 2014 and was re-elected last year.

Cheney has been a rising star in Congress and already is the third-most senior House Republican.

In a statement Saturday, Cheney didn’t mention any further intentions for the Senate seat.

She praised Enzi for his service to the state and country.

“He never forgot where he came from and always put the interests of Wyoming first, constantly championing our Western way of life,” Cheney said.

A phone message left with her spokesman was not immediately returned Saturday.

Enzi said Saturday that he envisions Cheney eventually becoming speaker of the House.