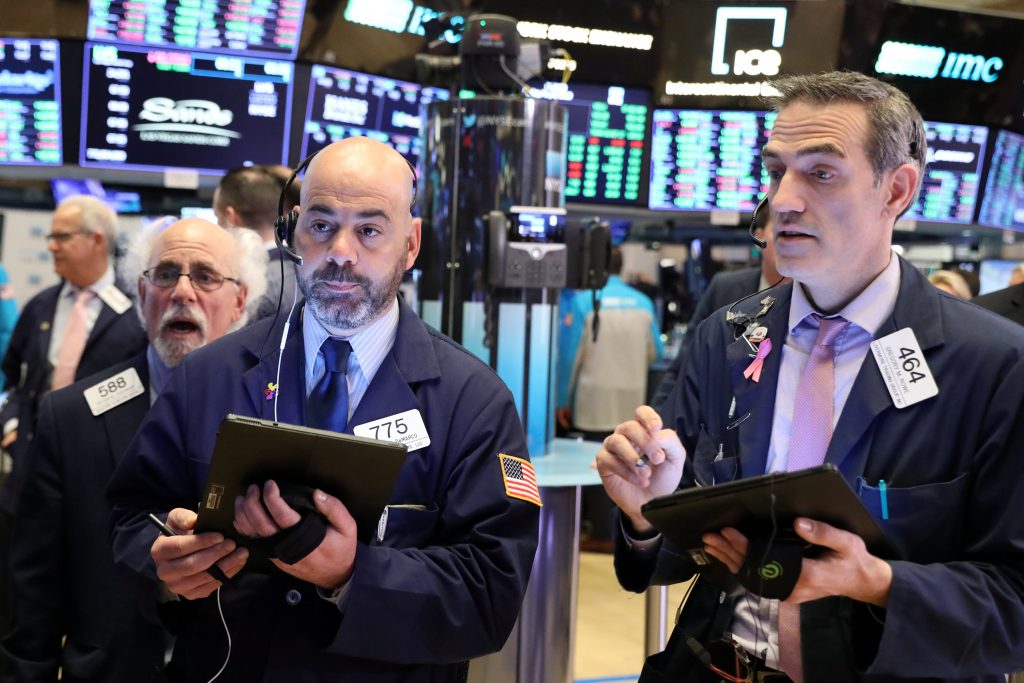 U.S. stocks moved broadly higher in midday trading on Wall Street Friday and are on track to bounce back after a two-day slide.

The early gains pulled the benchmark S&P 500 back from a weekly loss. The technology-heavy Nasdaq is trimming some of its weekly losses and the Russell 2000 index of smaller stocks is on track to end with weekly gains.

First-quarter company earnings dominated stock movement during the week. Results have come in mixed so far, but they have been good enough to ease worries that company profits would slump overall.

Utilities and real-estate companies lagged the market, a sign that investors are less interested in safer holdings and more comfortable taking on risk as they feel more confident in the economy.

That confidence was given another healthy shot from the Labor Department on Friday when it reported job growth in April that surged past economists’ forecasts. It also reported that unemployment in April fell to a five-decade low.

The week is ending with another round of company earnings news. United States Steel, Weight Watchers and Monster Beverage are among the latest companies to give investors surprisingly good results.

ANALYST’S TAKE: The market spent the week hitting a wall as investors searched for clearer signs that the economy remains strong. One of those signs appeared Friday morning in the form of a solid jobs report.

“The market has had such a remarkable recovery that at some point it has to pause and consolidate before climbing,” said Quincy Krosby, chief market strategist at Prudential Financial. “Overall, this was a solid report that should assuage fears that the U.S. economy is losing momentum.”

SOLID QUARTER: United States Steel surged 10.3% after a sharp increase in sales helped push profit far beyond Wall Street forecasts. The sharp gains come amid a weak year for the company. Its stock is down 12.5% so far in 2019 while the S&P 500 index is up nearly 17%.

ENERGIZED EARNINGS: Monster Beverage rose 10% after the energy-drinks company powered past Wall Street’s first-quarter profit forecast. The company reported a solid increase in sales of its namesake energy drink that helped drive a surge in profit.

SLIMMER LOSSES: Weight Watchers surged 16% after reporting losses for the first quarter that were much slimmer than expected. The company also raised its profit forecast for the year.

STORM CLOUDS: Arista Networks, a cloud-computing company, plummeted 14% after telling investors that revenue in the current quarter will fall short of forecasts. The company said it started seeing shortfall in demand toward the end of the first quarter.