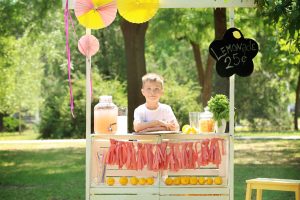 A dispute last summer over whether a 7-year-old boy had the proper permits to operate a lemonade stand has prompted legislative action in New York.

A bill introduced this year in Albany would clarify the law to exempt stands run by children 16 or younger from needing a state permit.

Last July a state health inspector shut down 7-year-old Brendan Mulvaney’s stand in Ballston Spa because he lacked a permit. State officials said vendors at a nearby county fair had complained.

The bill passed the Senate health Committee earlier this week. It hasn’t been scheduled for a full vote.

Adams Declares State of Emergency for NYC Over Migrants