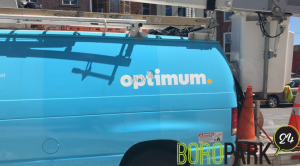 Internet service is down for Optimum customers in much of Boro Park, and the company says it doesn’t yet know when it will be restored.

Optimum sent a notification to many of its customers announcing the service outage, less than a year after two large outages struck the neighborhood.

One Optimum online user told boropark24.com that the company said they are working to restore service “as quickly as possible” but it didn’t know when it will be up again.

A Boro Park resident, who asked to be identified only as Zvi, told Hamodia that he was unable to make a credit-card payment at his supermarket Thursday morning due to the outage. “The store wrote down my credit-card number, and said they’ll charge the card when internet is restored,” Zvi said.