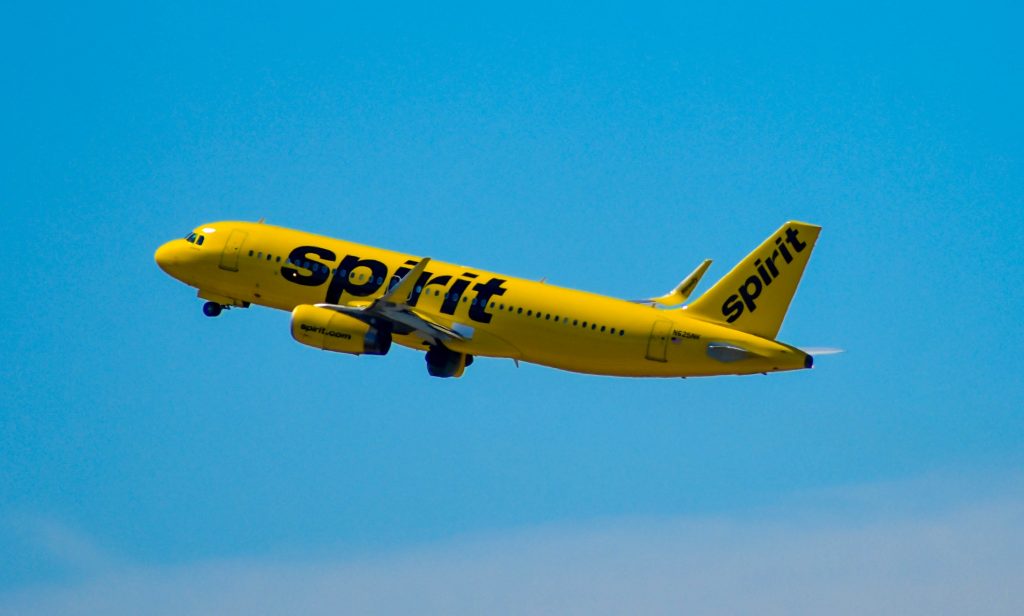 A Boro Park family claiming anti-Semitism by members of a Spirit Airlines flight crew, one of whom allegedly referred to them as “retarded Jews,” has filed a lawsuit against the airline.

“These so-called ‘Retarded Jews’ simply wanted a peaceful flight to Fort Lauderdale and to enjoy the start of their family vacation,” reads the lawsuit. “What began as Spirit’s misunderstanding about a car seat, ended with [the plaintiffs] being forced to endure old-fashioned anti-Semitism and racism at the hands of Spirit.”

Chana Beck, her husband Yisroel, and their three young daughters flew from Newark to Ft. Lauderdale on January 8, but the trip turned into what Chana described as “kind of a nightmare.”

According to the lawsuit and an interview Chana gave Hamodia two days after the incident, the couple purchased a special FAA-approved Doona stroller, which converts into a car seat, for their infant child to sit in. Though Spirit staff in the airport said the seat was fine, one flight attendant, who described herself to the family as the “manager of this plane,” refused to allow the car seat to be used.

The family asked the manager for her name, but say she refused to give it, and covered her name tag.

The car seat was stowed below-deck, and Chana was forced to hold the infant child on her lap throughout the flight.

Chana sat in middle of a three-seat section, with a 3-year-old daughter on her left and the infant on her lap; on her right was an empty seat belonging to her 2-year-old daughter, who was Yisroel’s lap, across the aisle.

Once the “fasten seat belts” sign was off, Yisroel, with the 2-year-old on his lap, moved across the aisle to sit in the empty seat near his wife, but a male flight attendant came over and told him this was not permitted; five people may not sit in a three-seat section, he said, as it has a maximum of four oxygen masks. Yisroel complied and moved across the aisle, but asked the flight attendant for his name.

“What is your last name?”

“I can say whatever I want. I’m going to have law enforcement waiting for you when the plane lands.”

The Spirit crew called 911, saying the family was “being disruptive and cursing at the flight attendants and stuff like that.”

Once the plane landed in Ft. Lauderdale, the pilot announced that passengers would have to remain seated until further notice.

“Finally after half an hour, two Spirit employees come on the plane along with two police officers, and say we need to come off with them,” said Chana. “It was very embarrassing and traumatizing, having to go off a full plane escorted by police officers. My children were all crying.”

The family’s return tickets to Newark were canceled, and the airline banned them for life.

“Their crime,” according to the lawsuit, was “being visibly religious Jews.”

Another Orthodox Jewish passenger on the plane, who was sitting several rows behind the family, later told them that he had heard Jose refer to them as “retarded Jews.”

The family filed suit on Thursday in federal court in Florida, seeking a jury trial for unspecified damages, alleging defamation and violation of federal civil-rights law.

Derek Dombrowski, a spokesman for Spirit Airlines, told Hamodia in January, “Our records indicate that this Guest ignored flight and ground crew instructions multiple times, beginning with the boarding process and continuing through landing. While the Guests have not contacted us with any allegations of discrimination, we will now launch an investigation and take these matters very seriously. Spirit Airlines does not tolerate any form of discrimination.”

The family’s attorney, Yechezkel Rodal, told Hamodia on Thursday that he has reported the incident to Spirit a number of times, but has yet to receive a response from the airline.

Asked to comment Thursday on the lawsuit and whether the company had responded to any of Rodal’s communications, Dombrowski told Hamodia that the company “strives to maintain a welcoming environment for all of our Guests, and we have zero tolerance for discrimination,” but that “because of pending litigation, we will not be commenting further.”