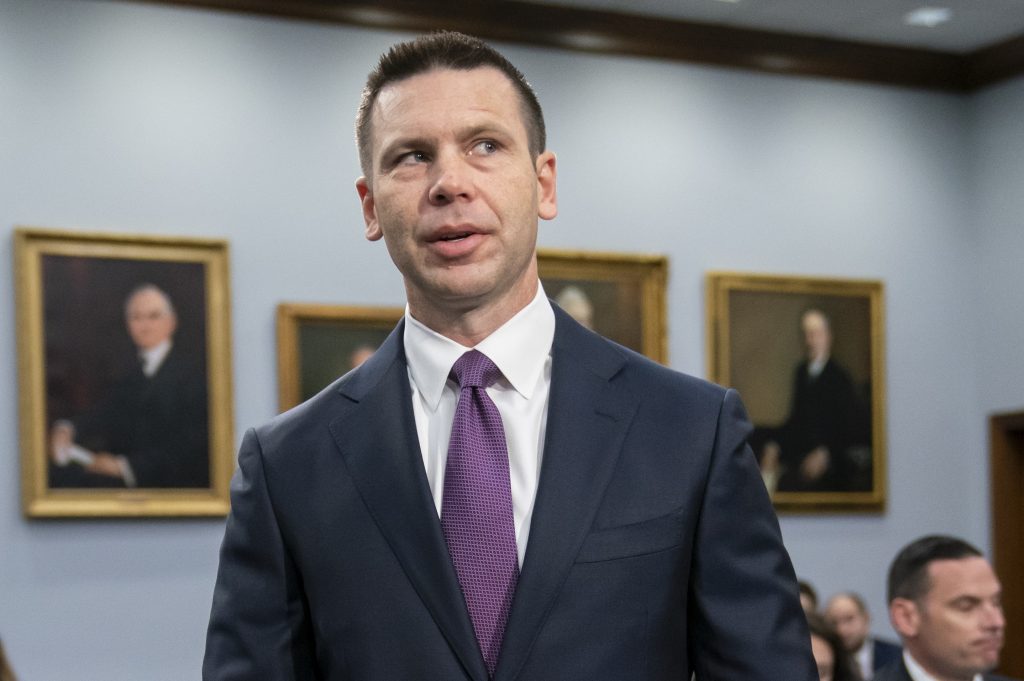 The Trump administration on Wednesday asked Congress for an additional $4.5 billion in emergency funds for the U.S.–Mexico border as the administration contends with a surge of Central American migrant families, with the bulk of the money for shelter and care.

The number of families and children arriving alone at the border is outpacing the number of single adults, and their needs are very different. The U.S. is on track to have as many as 1 million crossing this year, the highest since the early 2000s, when mostly single men from Mexico crossed and were easily returned. Border stations were not constructed to handle such a large volume of children and families, and they have been pushed to the breaking point.

Customs and Border Protection on Tuesday encountered its largest group to date: 424 people in rural New Mexico comprised mostly of children and families.

But getting Democrats and Republicans to agree on the matter has been a challenge, partly because of President Donald Trump’s hardline rhetoric on immigration and his political pledges on border security. It’s not clear whether Congress will approve such a request, especially because it comes on the heels of the longest government shutdown in history over Trump’s demand for border wall funding and his subsequent national emergency declaration, which skirted Congress altogether to seek the funding elsewhere.

This money, though, would not be used for border barriers, according to senior administration officials who spoke to reporters on condition of anonymity. It would be used to address urgent humanitarian needs, they said, and the money is needed urgently. They insisted the funds were different from what Trump seeks to make available through the national emergency declaration.

House Appropriations Committee Chairwoman Nita Lowey, a New York Democrat, said Trump’s administration had contributed to the crisis on the border and her committee would be taking a thorough look at the request.

“As a country, we must do more to meet the needs of migrants — especially children and families — who are arriving in increasing numbers,” she said. “However, the Trump administration appears to want much of this $4.5 billion emergency supplemental request to double down on cruel and ill-conceived policies.”

The White House wants $3.3 billion to increase shelter capacity for unaccompanied migrant children and the feeding and care of families, plus transportation and processing centers.

“DHS projects it will exhaust resources well before the end of the fiscal year,” reads the formal request letter to Congress, which was obtained by the AP. “Without additional resources, the safety and well-being of law enforcement personnel and migrants are at substantial risk.”

It also says the Department of Health and Human Services — which manages the care of migrant children who arrive alone or who are separated from their parents by DHS under certain circumstances — will exhaust its resources by June. The funding request includes $2.8 billion to increase shelter capacity to about 23,600 total beds for unaccompanied children.

U.S. Customs and Border Protection encountered 50,036 unaccompanied children during the last budget year, and so far this budget year there have been 35,898 children. Their average length of stay in a government shelter is 66 days, up from 59 during fiscal year 2018 and 40 in 2016’s fiscal year.

Acting Homeland Security Secretary Kevin McAleenan said Tuesday before a House subcommittee that his department was running out of money amid the spike in migrants crossing the southern border and he said there would be a supplemental request, but didn’t give a number. McAleenan said the money would be used for temporary and semi-permanent facilities to process families and children and also to increase detention.

In a letter to House Speaker Nancy Pelosi, Russell Vought, deputy director of the Office of Management and Budget, said the crisis was overwhelming the ability of the federal government to respond.

“The situation becomes more dire every day,” he wrote.