A Victory for Private Schools — for Now 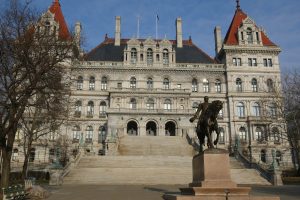 A judge’s striking the New York state education requirements is a significant victory for parents and children of yeshivah and other private schools. But the battle over educational freedom is far from over.

The new requirements were rolled out at the end of 2018 by New York State Education Commissioner MaryEllen Elia. They prescribed the inclusion of specific courses and a minimum number of hours of instruction for each course.

Private school students in the state have long been legally required to receive an education that is “substantially equivalent” to that of public school students. The new requirements proposed to delineate how the substantial equivalence requirement is fulfilled. In addition to the courses and instruction hours, the guidelines put the schools under the purview of local school authorities (LSA), requiring the LSAs to visit schools to initiate reviews of the curriculum.

The Education Department has the power to make legally binding rules, but these must go through a specific rulemaking process, including publishing the proposed rule, giving time for public comment, and having a public hearing and vote by the state Board of Regents.

Yeshivos, Catholic schools and independent private schools filed suit, arguing that these guidelines are a circumvention of the legal rulemaking process in addition to violating First Amendment principles, while the state argued that the guidelines merely interpreted the existing law.

The private schools were at first seeking only a preliminary injunction to prevent the guidelines from taking effect while Judge Christina Ryba reviewed the case. But Ryba struck the guidelines quickly and completely, dispensing with the need for injunctions.

“The mandatory language dictating when the reviews will begin coupled with the language that insists that ‘all’ schools will be visited as part of the process constitute clear rules and are not merely ‘interpretive statements which in themselves have no legal effect but are merely explanatory,’” Ryba wrote in her ruling. Therefore, “the new guidelines are ‘rules’ that were not implemented in compliance with the [State Administrative Procedure Act] and are hereby nullified.”

Since she correctly found that the guidelines violated the rulemaking process, Ryba did not address the underlying constitutional questions.

The ruling was hailed by private schools, including yeshivah groups, across the state. But there is still a long road ahead in the battle over parents’ rights to have their children educated as they see fit.

These guidelines, or anything resembling them, should be enough to frighten any yeshivah parent.

The state’s true mindset was revealed during oral arguments when its attorney, C. Harris Dague, said that “education for the voiceless child being conscripted at their parents’ will to what they want is so important …”

It is shocking to hear a state attorney in a free society speak of parents’ choice to educate their children as they see fit, under their own religious or moral codes or personal preferences, as “conscripting” their children. As Avi Schick, who argued the case for the yeshivos, told Hamodia, “Parents love, educate, raise and nurture their children. It’s the state that is trying to conscript the children into a classroom where a public school curriculum is taught, even though their parents chose otherwise.”

Moreover, Dague said specifically with regard to arts and theater — courses which many Orthodox Jewish parents find objectionable — that yeshivah students have to comply with all course requirements and that schools could not choose simply to ignore the arts and theater requirements.

Unlike fundamental subjects like English and math, no one can argue that there is anything essential about arts and theater, and a demand for the teaching of these subjects, along with the number of hours being demanded for secular studies in general, illustrates how these guidelines represent not merely a desire for basic education for each student but a complete state takeover of the yeshivah secular studies curriculum.

Nothing less is at stake as the Department decides on its “next steps.”